Vidisha is one of the famous historical places of Madhya Pradesh, situated at the confluence of the Bes and Betwa rivers. Previously it was called Bhilsa, but after 1956 it was called as Besnagar and after that it was changed to Vidisha. 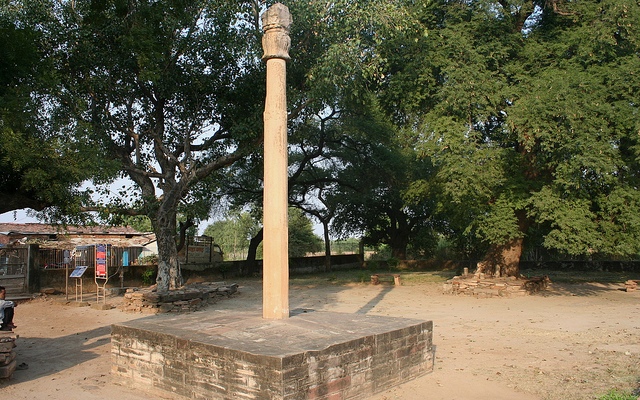 There is a reference of Vidisha in Ramayana. It is started that Shatrughna’s son , Shatrughati was placed in the charge of Vidisha. But in Bramhincal literature’s religious observance, the place is called Bhadravati, the residence of Yuvanashva who supplied the famous horse to Yudhishthir during his Ashwamedha sacrifice.

The historic town of Vidisha in Madhya Pradesh is known to have been an important trade center in the 6th and 5th century BC and was an important city during the rule of Emperor Asoka. The city has been mentioned innumerable times in the memoirs of Kalidasa and Meghadoot. During that time, the town was referred as Besnagar and was abandoned in the 6th century. This city was the capital of the Sungas and enjoyed a privilege position during that time.

The town gained momentum as an important trade centre during the rule of Sungas, Nagas, Satvahanas and Guptas. The town has passed from the hands of the Malwa Sultan and the Mughals before falling under the supremacy of the Scindia rulers.

By Air: Bhopal Airport, also known as Raja Bhoj Airport, is the nearest airport to Vidisha, which is nearly 56 km away from the heart of the city.

By Rail: Vidisha is an important railway Station on the Chennai - Delhi broad gauge line of the Central Railway. The station is connected to all railway stations in India. Regular train services are available from Vidisha to Bhopal.

There are no malls here but the local shops near the bus stand sell bamboo and canopy Items, metal artifacts, and Paintings can be bought from the local weekly markets.