According to Purana's 'Bhagabhadra' was a King of Sunga Dynasty. During his reign the Greek King Antialcidas of Taxila sent Dion's son Heliodorous, as his personal Ambassador to the Sunga court at Vidisha and a part of this information is inscribed on a lofty Garuda Pillar (Eagle Mounted Tower) locally named as Kham-Baba a favourite deity of Bhois or Dhimars.The inscription engraved on the pillar records the name of the pillar as Garuda-dhvaja, the column surmounted by Garuda which was erected by Heliodorous in the honour of God Vasudeo in front of the temple of Vasudeva. 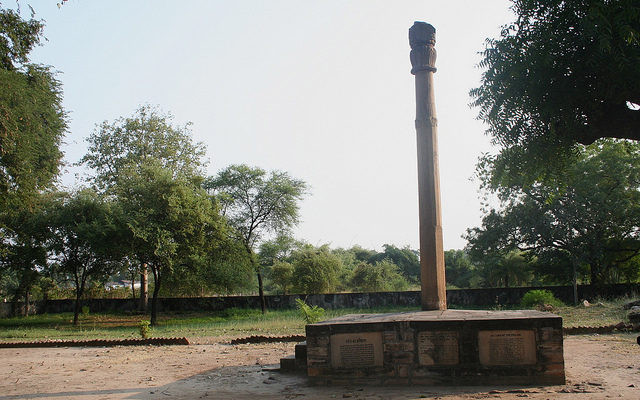