Sarahan, flanked by Himalayan mountain slopes, is situated on a table land above a valley and with Sutlej River in close proximity. It is the gateway to Kinnaur district. It is often referred as "apple country" given the lush apple and peach orchards through the region. Marvelous legends and myths about this beautiful landscape enhance the divinity of Sarhan to a great extent. It is believed to be the abode of Mother Goddess who benevolently blessed this hilly terrain with a blissful look. 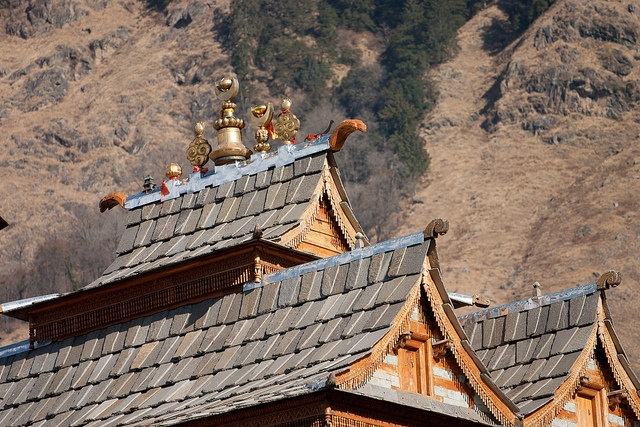 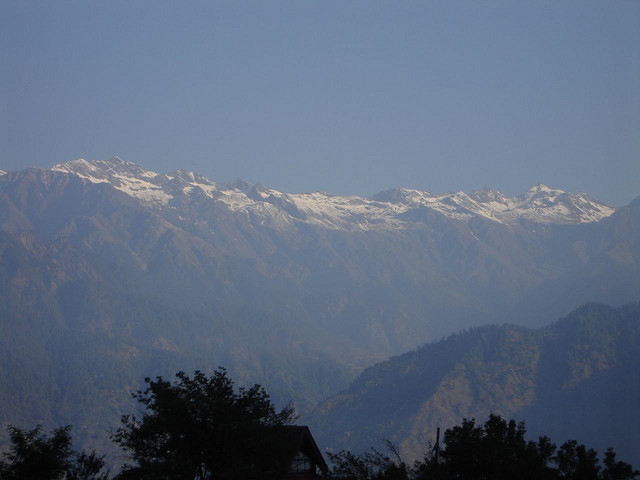 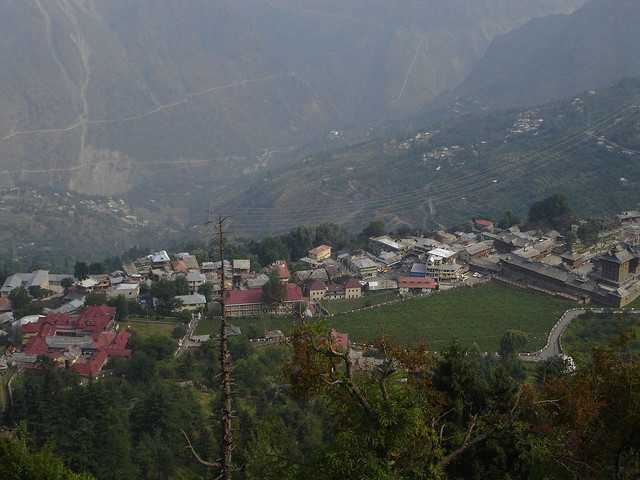 The Rampur Rajas of Bushahr who once ruled Kinnaur, made Rampur Bushahr their new capital. Sarahan was their new summer capital after the Rajas left Kamru in Sangla valley.

Road: Bus Services are available from Sarahan to Delhi, having a distance of 564 kilometers. A/C Volvo buses charge Rs. 700 per head. Bus Services are available from Shimla frequently, which is at a distance of 174 km. A/C buses charge Rs 275 per head. Buses operated by the Himachal Pradesh Road Transport Corporation (HRTC) are also available to Sarahan Taxis and jeeps are also available to reach to Sarahan from Shimla, Chandigarh and Delhi.

There is not much scope for shopping in this small hamlet other than some interesting puja equipment for worship and trinkets of jewellery. Shopping is very limited in Sarahan. Some locally made jams, pickles and preserves are available. Shawls, woolens, caps and some handicrafts are sold in the shops near the temple.

Sarahan has a luxurious Circuit House where you can stay with permits. The HPTDC run Hotel Shrikhand has a fabulous view of the Shrikhand Mountain and is a comfortable place to stay; it caters to middle and low budgets. Privately organized campsites, hotels and farmhouses are also available.