Chamba, the ancient capital of Pahari Kings, is a small town located in a picturesque valley, amidst the Shivalik ranges and is famous for its medieval temples. The valley of Chamba stands on a plateau on the right bank of the Ravi River between Dhauladhar ranges of the outer Himalayas, the Pir Panjal, and the Zanskar ranges south of the inner Himalayas. It is also known for its beautiful topography, wildlife, lush greenery, ancient palaces and handicrafts including the Chamba rumals with Do-Rukha embroidery, and metal work. 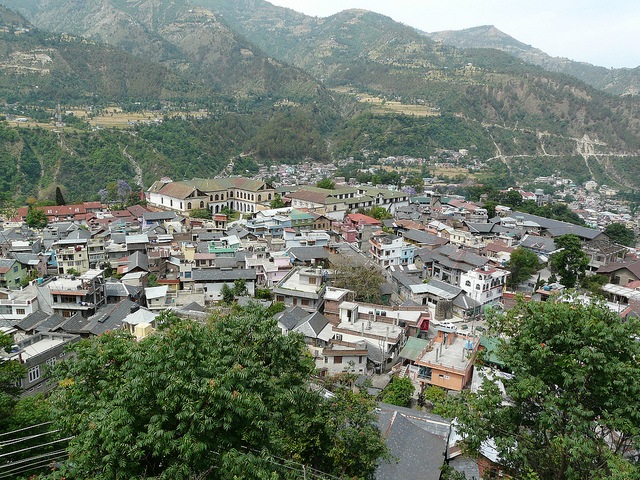 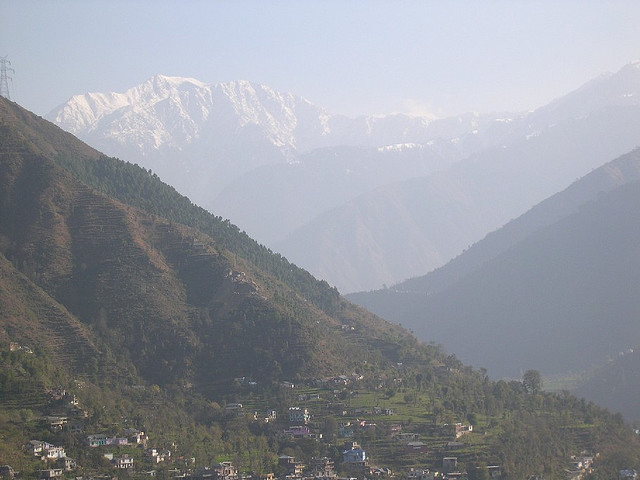 Chamba was founded by Raja Sahil Varman in the 10th century after he conquered the valley from the Rana’s and Thakurs of the region. It is believed that this Pahari town was called Champa in its earlier days after Raja Varman’s daughter, Champavati.

Chamba was a part of the Mughal Empire and later became the part of various Sikh kingdoms. It was finally taken over by the British and became a part of the state of Himachal Pradesh.Raja Varman who named the town after his daughter Champavati.The small town of Chamba is located amidst the Shivalik ranges and is famous for its temples.

It was finally taken over by the British and became a part of the state of Himachal Pradesh, when India became independent in 1947.

Air: Jolly Grant Airport in Dehradun is the nearest airport to Chamba. It is 80 km away from Chamba and a cab will charge about Rs 1400-1500 for travel from Dehradun to Chamba. Nearest International airport is New Delhi, which is about 280 km away and is well connected to most of the major foreign cities.

Rail: Rishikesh railway station is the nearest railhead which is about 60 km away. The station is well connected to many major cities in India. The taxi charge between Rishikesh and Chamba is about Rs 1000.

Road: Chamba bus station is about 3 km away from the heart of the town. Taxi charge is less than Rs 100. Chamba is well connected by public transport system to all nearby cities.

The main market surrounds the central Chowgan where you can buy all sorts of interesting things made of stone and metal - buy some of these as they make good memorabalia. You will also be able to pick up miniature paintings of Chamba and Kangra and the popular Chamba chappals too. Besides these if you are looking for woven shawls try the handicrafts Emporium and dont forget to buy a bottle of the chilli pickle which Chamba is known for.

The most promising object of Chamba will be the rumaals and chappals that are fervently promoted by the Himachal Tourism department. You should also lay hands on metal and stone work items that are excellent souvenirs. In Chaughan Market, go to Amichand Dheems, form where you should buy the miniature paintings. For shawls and woolen artifacts in Chamba, go to Handicrafts Centre inside Rang Mahal. However, one item that you should dare not miss is the spicy Chamba Chukh, which is a unique mashed chillie pickle – exclusive of Chamba valley.

Himachal Tourism has hotels with deluxe rooms in town. There are private hotels, motels and guesthouses where you can get low and medium budget accommodation. Tariffs range from Rs 400 upwards. Book in advance, especially during tourist season.

Minjair Fair
The Minjair Fair is held in July/August every year in the month of Shravan. Chamba attracts a lot of visitors that take part in this week long event. The Minjair Fair is heralded in by the wearing of a silk ''tassel'' by everyone. This ''tassel'' represents the shoots of paddy or maize that make their appearance at this time. This colourful fair is held in the Chowgan area which is virtually turned into a market and the brisk business is conducted. the whole town looks forward to this festival and everyone take part. The pinnacle is reached on the third Sunday when a colourful procession of deities is taken out accompanied by dancing troupes, traditionally dressed locals and drum beaters. The procession starts typically at the Akhand Chandi Palace and ends up at the Police Lines Nalhora. The Minjair ''tassel'' is then thrown into to the flowing river.

Suhi Mela
Another important fair in Chamba is the Suhi Mela, which is an exclusive festival for women. Celebrated during the month of March and April, this festival is noted for its religious significance. The site of the festival is itself has a holy shrine that you should not miss.

Many a trek into the Himalayas is launched from Chamba - through Bhaderwah to Kashmir, through the Sach Pass into Pangi Valley and to other peaks in the Dhauladhars, Peerpanjal and Laskar mountains.