Construction of this residential building of the Chamba family was started by Raja Umed Singh sometimes between 1748-1764 AD. The place was rebuilt and renovated during the reign of Raja Sham Singh with the help of British engineers. The Durbar Hall (Marshal Hall) was built in 1879 by Capt. Marshal and the Zanana Mehal was added in the reign of Raja Bhuri Singh. The subsequent additions and alterations clearly betray the Mughal and the British influence. In 1958 the descendants of the royal family sold the Palace building to the Himachal Government. The latter handed it over to the Education Department for the purpose of starting a Government College and District Library. The beautiful structure of the palace with its painted walls and glasswork, ceiling, intricate woodwork is fast deteriorating. The palace has a commanding view of the Chaugan, Laxmi Narayana Temple, Sui Mata, Chamunda Devi Temple, Rang Mehal, Hari Rai Temple and Bansi Gopal Temple. 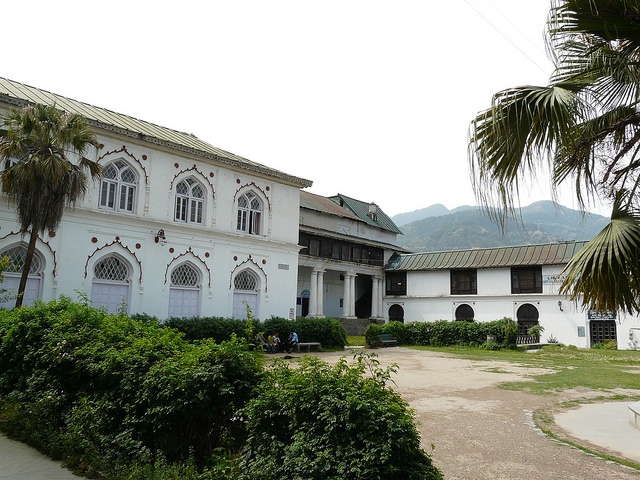