Mahakaleshwar Temple, cited by the great poet Kalidasa in his works, is dedicated to Lord Shiva. It is one of the 12 Jyotirlingas in India. The temple is a five-storied massive structure and its carved motives displays the Rajput style of architecture while screens and pavilions combined with marble colonnades reminds the influence of Mughal style. The deity here is called Dakshinamurtias since the idol is facing southwards. 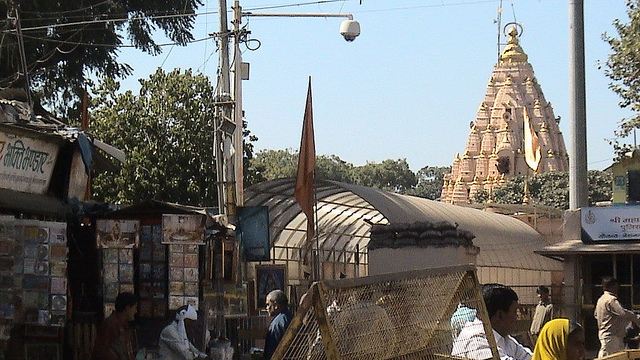 A famous Shiva temple situated on the convergence of the rivers Narmada and Kaveri, Omkareshwar Temple is one of the holiest pilgrimage centers in Maheshwar.

Located in the sacred island called Mandhata or Shivapuri, this temple is one among the 12 sacred Jyothirlinga shrines of Lord Maheshwar. The island in which the holy shrine is placed is in the shape of the holiest Hindu Symbol 'Om', which itself add the sanctity of the temple. The name of the sacred shrine literally means ‘Om-maker-lord.’ 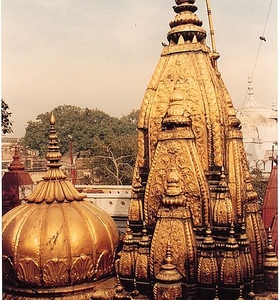 Trimbakeshwar Jyotirlinga temple is one of the 12 famous Jyotirlinga temple in India. It is a renowned Hindu pilgrim location. The Jyotirlinga in Trimbakeshwar is spectacular and unique with three faces embodying Lord Brahma, Lord Vishnu and Lord Shiva. The Linga is crowned with a jewel studded crown believed to be from Pandavas. The crown is adorned with diamonds, emeralds, and many other types of precious stones. 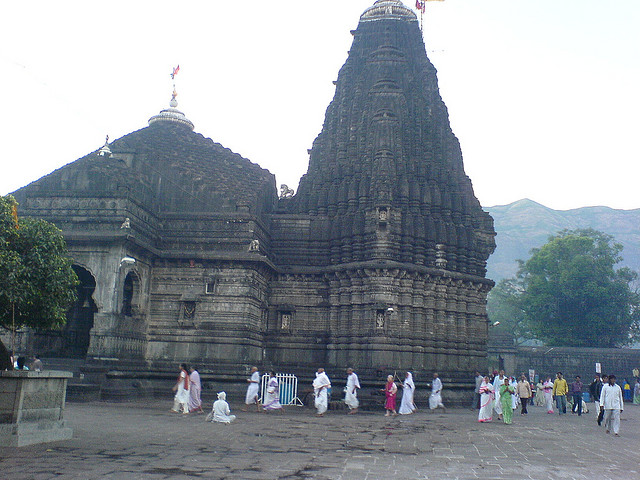 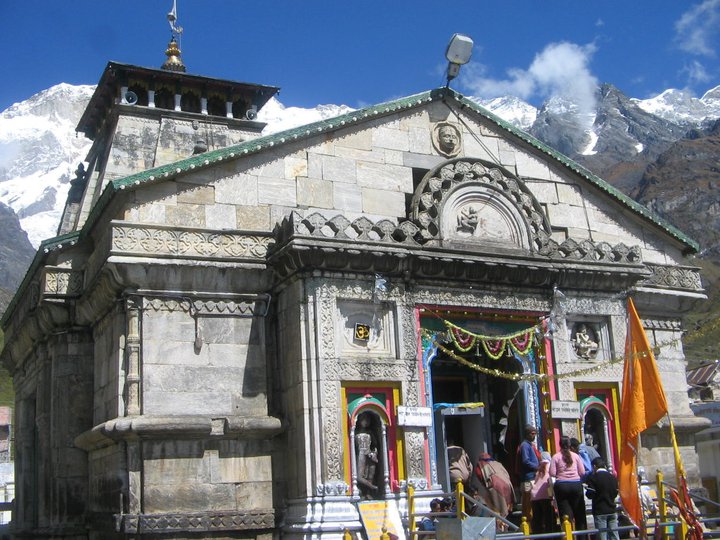 It is a beautiful temple in southern India which was created for worshipping lord Rama as Hindu mythology has a great history for the place and it has been a great pilgrim place for the people who have the wish for achieving salvation in life. There are seven such places in India where one would like to offer prayers for achieving salvation in life and Rameshwaram temple is one of those. Whole Ramayan has been conceived in this place and it has a great mythological importance. 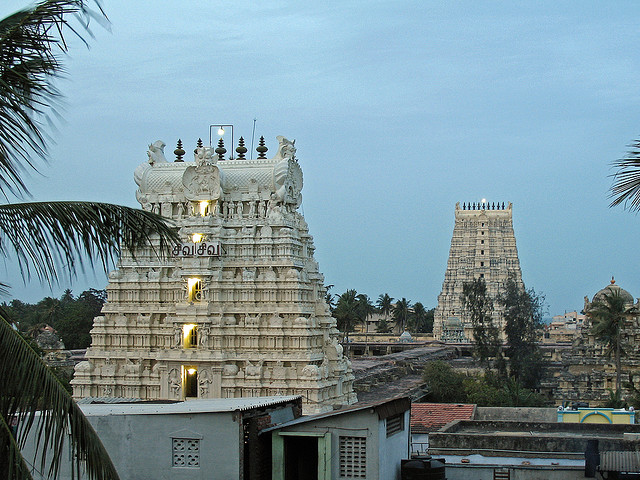 Grishneshwar Jyotirlinga temple enshrines one of the most revered 12 Jyotirlingas in India. This lingam is also known as Kusumeswarar, Grushmeswara and Ghushmeswara, apart from Grishneswara. The temple was re-constructed in the 18th century by Ahilyabhai Holkar. The temple is constructed in red volcanic rocks and the appealing appearance of the temple is eye catching. The temple has a 5 tier Shikara, which is very attractive. Shikara is crowned with images of Bull and Monkeys.

Bhimashankar Temple: One of the twelve Jyotirlingas in the country, legend connects the town with the Hindu epic, Mahabharata. There are references to the ‘Bhimashankaran shrine’ and the ‘Bhimarathi River’ in manuscripts dating back to as early as the 13th century. 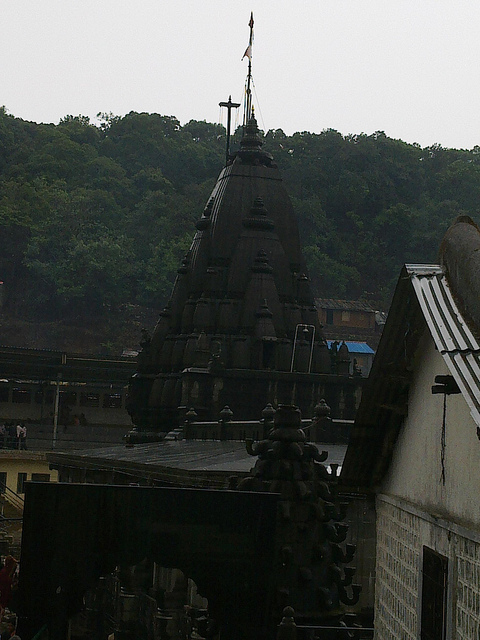 Situated in the outskirts of Dwaraka, Nageshwar Temple or Nagnath Temple is one of the prominent Shiva shrines in India and this temple represents the removal of evil activities from earth. As one of the 12 Jyotirlingas, this shrine houses a curious myth about its origin. 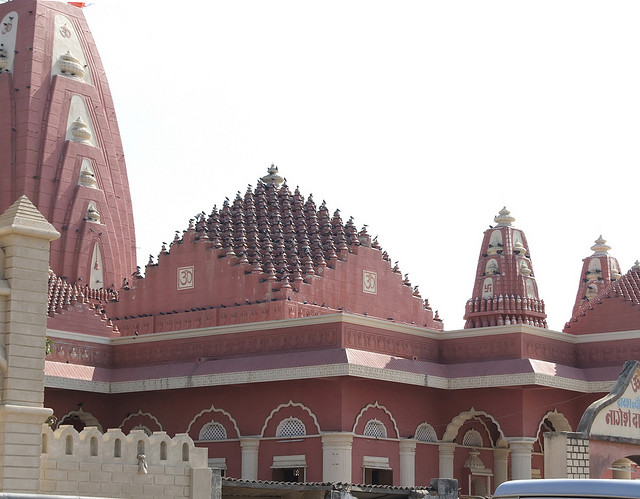 The temple of Somnath, 5 kms from Veraval is one of the twelve sacred Shiva shrines in India. According to the legend, Somnath was built by Som, the moon God and contains one of the twelve Jyotirlingas in India. Constantl washed by the Arabian Sea, the temples of Somnath were destroyed seve times but were rebuilt each time. The present temple Maha Meru Prasad was recently rebuilt on the exact location of the original shrine. Adjacent to this temple is the temple built by Ahalyabai Holkar of Indore. 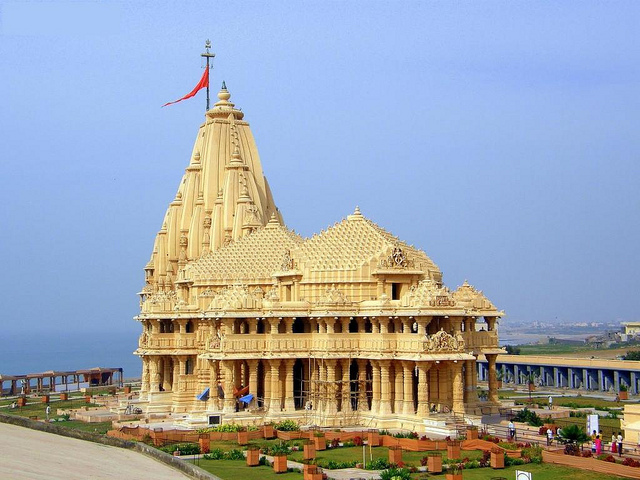