Tiruchirapalli that is popularly known as Trichy stands on the bank of river Kaveri. Trichy that is centrally located in the South Indian state of Tamilnadu is famous for its fusion architecture and monuments. The name Tiruchirapalli originated as a tribute to Jain monks that are popularly called 'Chira' in Tamil. 'Tiru' in Tamil means 'in respect of'. Therefore 'Tiruchirapalli' means 'the town of respected monk'.

The attraction point of Trichy is a famous Vaishnavite temple named Shirangam. This is one of the biggest and most popular of temples in India. The city also boasts off a famous Shivite temple called 'Thiruanaikka' that is considered as one of the five main abodes of Lord Shiva. But the most important construction in Trichy is the oldest man made dam named Kallanai that was built by Karaikala Chola across the river Kaveri. Apart from that, the Rock Fort and Pallavas temples are other attractions in Tiruchirapalli.

Tiruchirapalli is home to many historic temples, monuments, churches and mosques. Uraiyur that is the local name of the old-Trichy city has over 2500 years of known history. The place was the capital of the early Cholas. The place later became the capital of Nayaks. The conquest of Tiruchirapalli by the British East India Company marked a major step in the British conquest of India. Even then, Trichy was considered as an important place.

Situated at a distance of 320 km from Chennai and 150 km from Madurai, Tiruchirapalli, popularly known as Trichy, is a land of rich history and culture. Tiruchirapalli, the once fortress of Chola dynasty has retained its aura and exuberance that it used to enjoy earlier. The beautiful, massive temples dots this land, stand as icons and edifices of a prolific past. One sight of these temples is good enough to transport tourists into charismatic charm of its bygone era and experience the enchanting allure. Apart from temples, Trichy is also known for the famous and the fascinating Rock Fort, an architectural marvel that is built on a 83 m high rock, rising amidst the plains. This fort with a towering presence over the city has become a landmark that attracts a huge chunk of tourists into Tiruchirapalli. Undoubted, the center of attraction is Sri Ranganathaswamy Temple situated on an island in mid river, the temple complex covers an areas of whopping 250 hectares that makes it the largest temple in India.

With passing time, Trichy has developed itself into a dream destination for travelers. The helpful and caring people of the city and the pleasant climate add beauty to this already stunning city. Tourists who come to Tiruchirapalli never leaves this wonderful city without picking memorabilia and memories that can be savored for the rest of their lives. 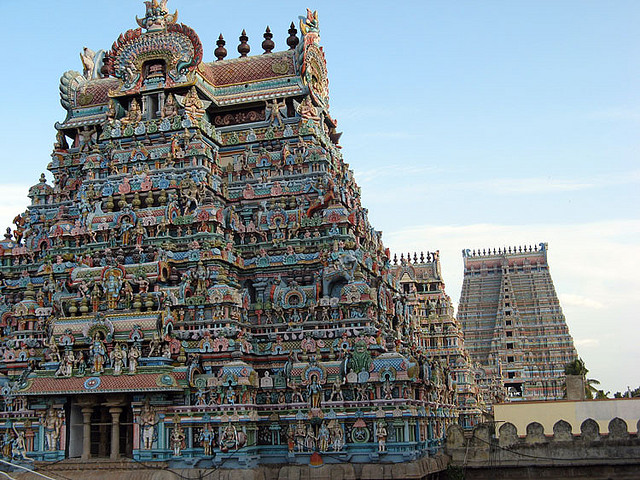 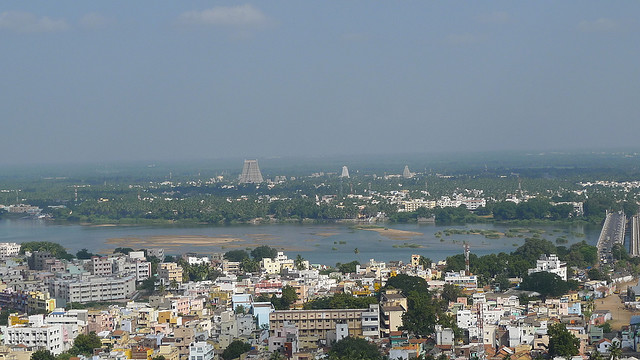 Trichy or Thiruchirappalli has been regarded as the capital city of the Chola dynasty from 300 B.C. a number of literary as well as archeological evidences also prove the validity and legitimacy of the claim. Then reins of power was later transferred to the hands of the Pallava dynasty and finally in the hands of the Pandyas. It was after this that the territory came in control of the Mughals who reshaped the region with the help of the French and British powers. Trichy was under the control of the British after their victory over their French rivals in the various Carnatic Wars.

By Air: Trichy airport has regular flight services to Chennai(316 km) and Bangalore (337).

By Rail: Tiruchy Junction is an important railway station in Trivandrum – Chennai route via Madurai.

By Road: Tamil Nadu Road Transport Corporation buses connect Tiruchy with other major cities in the state. Regular bus services are available from Tiruchy to Madurai.

Trichy is a shopper's paradise. Among others, Tiruchirapalli is famous for its cheroots, cigars, handicrafts, brassware, jewelry and carpets. Trichy is famous for variety of fresh and colorful flowers too. Traditional handicrafts of Tamilnadu are available in abundance in Trichy. Woodcrafts and weaving is a rich tradition here. Baskets, mats made out of bamboo, cane, grasses, reeds and fibers make good shopping in Trichy.

Government run emporia and private shops are the most favored shopping destinations in Trichy. Apart from the Government run establishments, Big Bazaar Road and Chinnar Bazaar are good places where you can hang around for shopping in Trichy. Colorful assortment of artifacts and bustling streets are something that will catch your fancy.

Trichy has many a place to shop from. The 128 years old Gandhi Market, which lies in the heart of the city, is part of its historic heritage Trichy Shopping Travel Tours .

The cigar factory at Woraiyur is where one can buy the famous handmade cigars in Trichy.