This temple is 83m height and this is the oldest rock in the world dating around 3.800 million years. This makes it earlier than the Himalayas. The rise of it is a thrill and is an actual attraction with the temple at the pinnacle. 344 steps lead to the peak of the temple. This fort was significant as it contributed the British Empire to lay its foundations in India. The Uchipillaiyar Koil is at the peak of the rock and is completely dedicated to Lord Vinayaka. A tank is sited at the rock fort foot. During the float festivals this tank is flocked by people. Robert Clive lived adjacent to the tank. The rock fort is believed to be 2 billion years old and materials such as quartz and feldspar used in manufacturing glass and ceramic are found in this formation of the rock. 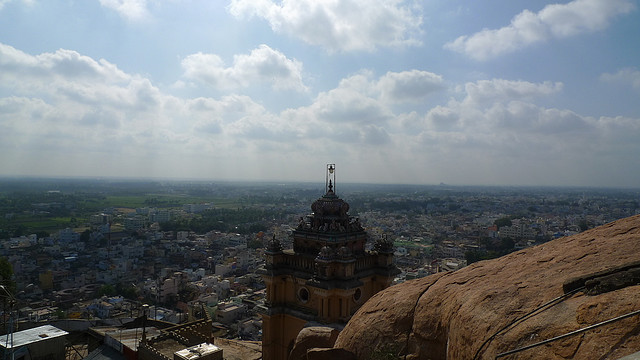