Kullu, knaown as "Valley of Gods", is located in the charming Kullu valley and is set amongst the backdrop of the mighty Himalayas. The town is famous for its temples and the annual Dussehra festival, both of which attract thousands of tourists. It is also known for its handicrafts. 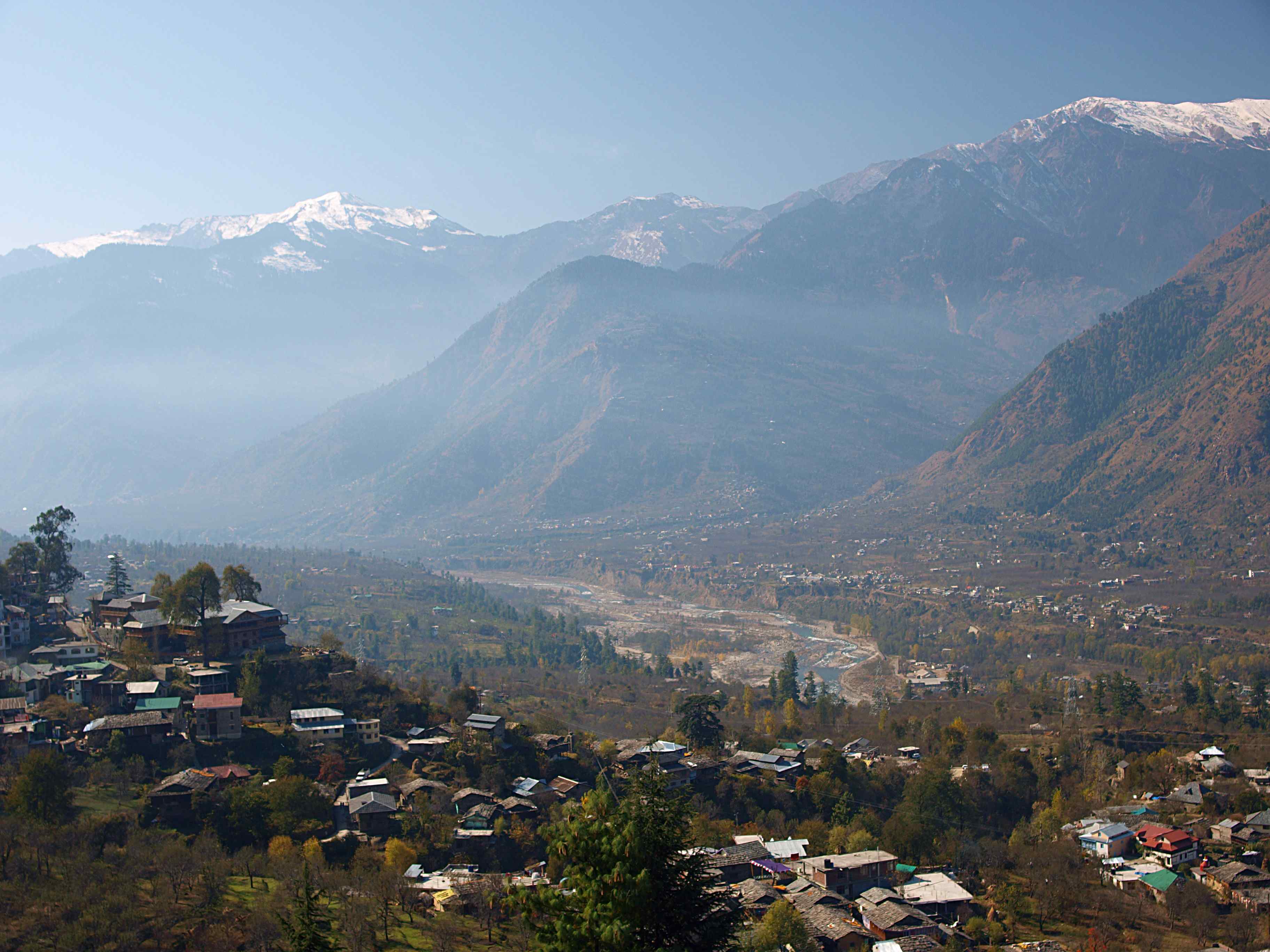 According to ancient Hindu scriptures, the area was known as ‘Kulantapitha’ – the end of the habitable world. Nestling within the high Himalayan ranges, the Kullu valley remained isolated from the rest of the world till very recently. The Hindu rulers of Kullu initially ruled over an area restricted to the upper Beas River valley, with their capital in the ancient village of Jagatsukh near Manali. The valley was a gateway to Lahaul and Ladakh andan important stop on the crucial trade route between central Asia and the Gangetic Plains down south. This made the area prosperous and by the 17th century AD, the kingdom had expanded its boundaries to Lahaul-Spiti in the north and the Sutlej River in the east. The capital of the kingdom was first shifted to Naggar, then to Sultanpur before finally settling at Kullu. Kullu grew into an important town when Raja Jagat Singh shifted the capital of the kingdom from Naggar in the mid-17th century. The idol of Lord Raghunathji (Lord Rama, an incarnation of Vishnu, one of the gods in the Hindu trinity), the presiding deity of this town, was brought from his mythical birthplace in Ayodhya by the king. Declared the district headquarters after independence, Kullu is now an important market town for the region, and a transit point for travellers going on to the more popular Manali, 40 kms north. Kullu is also the focal point for trekkers into the Parvati valley and the Pin valley.

Air: Nearest airport to Kullu is Bhuntar airport, which is at a distance of 9 km from the city center of Kullu. This airport is connected by domestic flights to Delhi, Chandigarh and Shimla. Paid taxi service from airport to Kullu cost about Rs 250.

Rail: Jogindernagar is the nearest railhead to Kullu, which is at a distance of 125 km. This railway station is connected to all Indian cities via Chandigarh which is 267 km away from Kullu.

Just like its adventure, Kullu has also created a niche for it self in being one of the favored shopping destinations in Himachal Pradesh. You should begin your shopping expedition from Kullu Shawls. These shawls occupy a unique position in the traditional handicrafts of the state. From this fairyland you should not miss buying the the famous Kullu caps and fresh fruits.

Other famous products of Kullu include, gadmas, rugs or 'namdas', local tweeds, footwear or 'pullun', baskets and natural oils of almond and olive. The place to get these items will be the Akhara Bazaar area that boasts of authentic purchases.

Kullu shawls, caps and gadmas can be bought from private shops as well as the Himachal state weaving co-operative at Bhutti Weavers colony, 6 kms south of Kullu. The co-operative runs several retail outlets called Bhuticco at other towns in the valley. The state government handicrafts emporium and Khadi Gramodyog emporium are at Akhara Bazaar.

For shopper's Kullu offers a variety of items including the woollen items. You can check out designed pullas, patti, mufflers, pattoos, woolen carpets, complex driftwood articles and artistic metal crafts of Kullu. Some of the best places to shop in Kullu are outlets of Bhuttico, Bodh Shawls and Himbunkar. Besides the local art and craft, Kullu also promotes Kashmir handicrafts which you can buy at Kashmir Craft Emporium. The Tibetan market at Kullu is famous for imported goods, especially the gift items. Visit the Sultanpur market where the local goldsmiths deal in traditional jewellery which is a fine example of the native art.

There are no luxury hotels in Kullu. All you''ll get are mid range and budget hotels. The Valley View Hotel amongst others is a good option to stay at while in Kullu.

Dussehra Festival : Kullu is famous for its Dussehra festival, which is a week-long celebration. Usually the festival of Dussehra is celebrated all over India in October for 10 day of the rising moon. However in Kullu the festival starts on the 10th day of the rising moon, known as 'Vijay Dashmi' and continues for seven days. Dussehra commemorates the victory of Lord Rama over the demon king Ravana, but in Kullu the festival does not include the burning of Ravana, as in other places around India. On Dussehra day, the raths (chariots) of Raghunathji, presiding deity of the valley, and other deities are taken out in a procession through the town to Dhalpur Maidan, where they reside for the next seven days. During the festival, nicely dressed, cheerful good-humoured crowds throng every road leading to Dhalpur Maidan, and folk dances, exhibitions and cultural events are also held.

Angling: The Kullu Manali region, especially the Larji Valley 34kms and Banjar(58kms), is crisscrossed by a number of streams which finally meet the Beas river and are excellent spots for fishing. Most of these streams have good brown trout, besides other local species. Kullu is a convenient base for angling tours around the valley. Katrain, 20 kms down the road to Manali has a trout farm and hatchery and a Himachal Tourism hotel to stay in. Shoja, 69 kms away at 2,692 metres is a good place to view the Kullu valley from. All around lie swift flowing rivers, dense forests and meadows with majestic peaks at the back.

There is also a great option for Para Gliding in Kullu. This is a thrilling sport which can be enjoyed in Bhaikhali (9 km from Kullu, easily approachable by vehicle), Bijli Mahadev and Slang slopes. During the months of May – June and Sept – Oct. The Himachal Tourism Department provides various facilities for the tourists.

Rafting
Want to indulge in some Rafting then the place to go in Kullu is the nine kilometre long stream of Badah to Jhiri. This four hour long raft is permissible only from the month of May to July and there is provision for equipments and essential gears.

Trekking: The Kullu Valley is the transit point for trekking routes over the Chanderkhani pass to Malana, the Jalori Pass and Bashleo Pass to Shimla and the Pin Parvati pass to Sarahan. The Parvati River, the longest tributary of Beas, veers off to the north-east 8 kms from Kullu. It is one of the ideal areas for trekking and mountaineering. Several parts of the Parvati valley remain untouched by modern civilisation and preserve the magic of the mystic mountains. Many areas here are frequented by tourists seeking easy access to wild cannabis, which grows in abundance here.

Yak Safari: Try a yak safari while you are in Kullu. The yak is a mountainous animal that lives in the upper reaches of the Himalayas, normally above 6000 mts above sea level. Explore this beautiful region on the back of this docile looking animal - it is sure to be interesting and a unique experience. Further north, the Baspa river is replete with trout, and along the Sangla Valley are dozens of good beats where prime specimens can be caught.