Kotagiri which showers one of the best climate next to Switzerland is situated at a distance of about 28 km east of Ooty, at an altitude of 1950 m and it is one of the three hill stations of the Nilgiris.Kotagiri is surrounded by dense Shola forests and splendid green lush of tea estates.Kotagiri is a perfect holiday escape and is steeped in colonial nostalgia thus attracting a lot of tourists. In earlier days it used to be the summer resort of the British. Kotagiri is bestowed with a temperate climate. It happens to be one of the oldest and largest hill stations in southern India. It is also one of the important centre for tea industry next only to Coonoor.Kotagiri also takes the pride of being first place in the hills to which road was made from Sirumugai via Dena in the year 1819.

Kotagiri is located 16-km away from Ooty and it is the oldest hill station of the Nilgiris. Kotagiri is situated at an altitude of 1950m, which was once a British hill resort, that dates back to 1819 and is quieter than Ooty. Elk Falls, Kodanad Viewpoint and Catherine Falls are a few places to visit.

Kotagiri enjoys a climatic advantage over Ooty, in that the Doddabetta range protects it from the onslaught of the southeast monsoon. There is a wonderful golf course, which is just a sheet of gorgeous green. There are some thick, deep impenetrable forests called "Sholas".

Kotagiri is a panchayat town in The Nilgiris District in the Indian state of Tamil Nadu. Kotagiri is the oldest and the third largest hill stations in the Nilgiris. Looming over and above all the surrounding hills in the North-eastern escarpments, its climate is claimed to be one of the best in the World.

Kotagiri enjoys a climatic advantage over Ooty in that it is protected by the Doddabetta mountain range from the onslaught of the south-west monsoon.

Kotagiri literally means the lines of the house of the Kotas. Kotagiri is quietly tucked away in the Nilgiris and used to be the summer resort of the British. Till date the beauty of hill resort of Kotagiri attracts tourists and the sun scorched souls from far and wide. Unlike Ooty and Coonoor, Kotagiri is situated in an 'open-terrace' massif. At an elevation of 1985 m. the town has developed around numerous knolls and valleys. The Kotagiri weather is more bracing than that of Coonoor and balmier than that of Ooty. 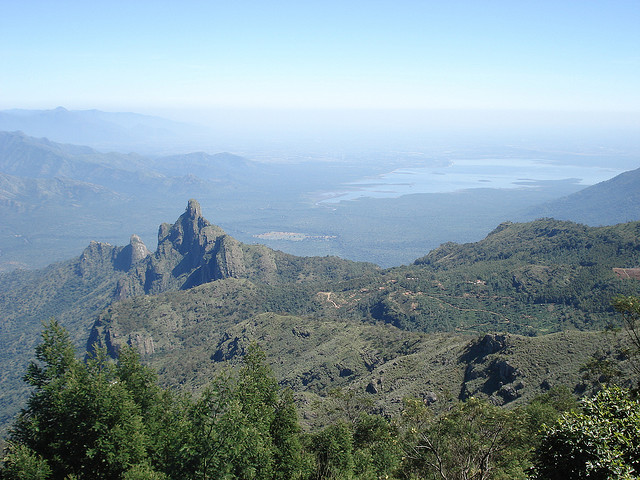 Kotagiri was earlier known as 'Kota-Keri' which literally means the street or lines of the house of the Kotas. Kotagiri is mainly accommodated by members of the Kota tribes who still follow their customs and live as artisans showcasing their talent in baking, terracotta and pottery. These houses were used by the British as a summer resort after which the kota tribes shifted their settlement to Aggal hamlet in 1911. Now the town is fast becoming commercial with the latest advent technologies.

By Air: The nearest airport is Coimbatore (105 km).

By Rail: The nearest railhead is Coonoor (21 km).

By Road: Kotagiri is well linked with the other important places in Tamil Nadu through road transport. There are regular buses to Ooty, Mettupalayam and Coonoor

Accommodation is easily available in Kotagiri. There are several tourist lodges, guesthouses, hotels, resorts and eating restaurants that cater to the needs of the various tourists to Kotagiri.