Jhansi is a city that is linked still with the legend of its fiery queen, Rani Laxmibai. The city is known for its resistance against the British in 1857. 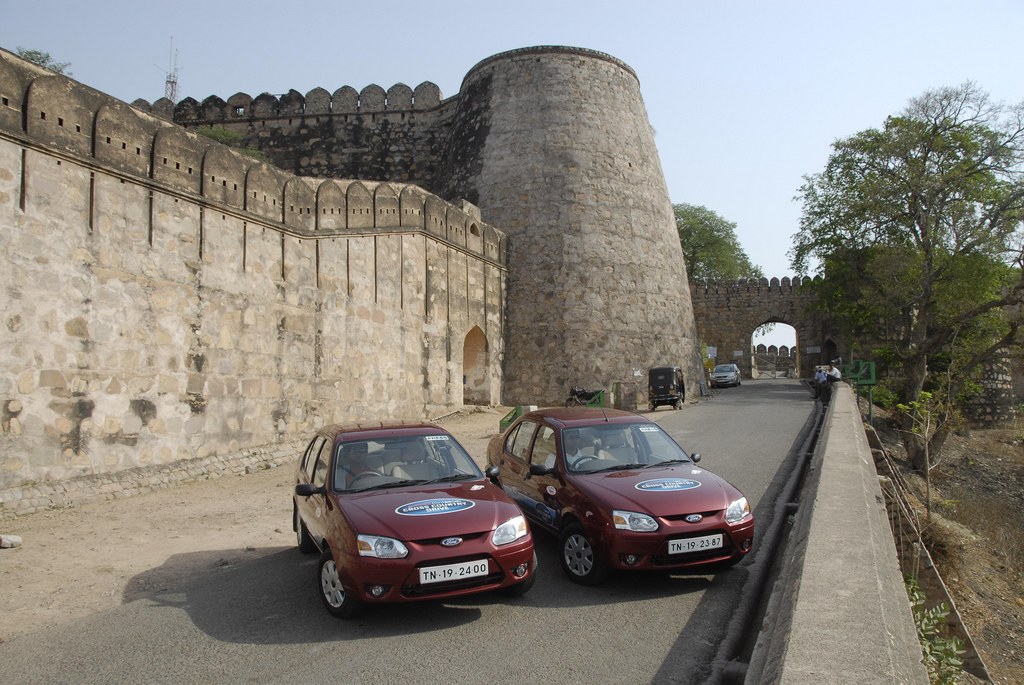 The history of Jhansi attracts tourists from all over the world. Ruled by the Chandela kings, Jhansi was previously known as Balwant Nagar. It was in the 11th century that Jhansi began losing its importance slowly. During the 17th century, under Raja Bir Singh Deo of Orchha, Jhansi again became popular.

One of the best administrators of Jhansi was Raja Gangadhar Rao. In the year In 1842 Raja Gangadhar Rao married Mannikarnika. After this marriage she was named as Lakshmi Bai. Lakshmi Bai was the Rani of Jhansi or Queen of Jhansi who led her forces against the British during the Sepoy Mutiny of 1857. She sacrificed her life during this first struggle of Indian Independence in 1858. Also known as the Joan of Arc of India, Lakshmi Bai's name is famous throughout the world and symbolises strength, valor and courage.

During 1853, the Britishers wanted to take over Jhansi as the king had no son as the heir to the throne. Lakshmi Bai fought against the British with other revolutionaries of that period. So it was Jhansi ki Rani Lakshmi Bai who led the Sepoys of the 1857 revolt that sowed the seeds of India's struggle for independence.

Lakshmi Bai became a martyr on 17th June 1858 during a battle with the British soldiers at Gwalior. Later in 1861, the British Government gave the Jhansi Fort and city to Jiyaji Rao Scindia.

In independent India, Jhansi is a part of the Indian state of Uttar Pradesh. At present Jhansi is a Divisional Commissioner's Headquarter t

Air: Nearest airport to Jhansi is Gwalior airport. Gwalior airport is 103 km away from the heart of the city. It costs about Rs 1700 by taxi. Many air travel agencies fly their flights from Gwalior to Delhi, Agra, Indore, Bhopal, Mumbai, Jaipur and Varanasi. Delhi International airport, which is nearly 321 km from Gwalior, is the main connecting air port for international travelers.

Rail: Jhansi is well linked by railway lines. Jhansi is an important railway junction in the Delhi-Mumbai route. Jhansi is connected to all major cities in India.

Road: State public transport buses connect Jhansi with all major cities around Jhansi. Regular bus services are provided between Gwalior and Jhansi (103 km) and between Khajuraho and Jhansi (175 km). Deluxe private buses are also plying between these cities.

The marketplaces in Jhansi are colorful and exude a quaint medieval aura. While Shopping in Jhansi Uttar Pradesh you can look for the antique art objects that conjures the images of the royal era.

You can surely take home some of the royal paintings and artifacts as souvenirs or gifts during your Shopping in Jhansi Uttar Pradesh. On your tour to Uttar Pradesh you can buy these exquisite gift items.

Jhansi is also famous for its intricately designed glass bangles. Jhansi in Uttar Pradesh in India is known for its beautiful glass bangles as well as the intricate handicrafts.

The Sipri Bazaar is one of the important areas in the city where the shops are located. It is also close to the Railway Station.

Jhansi Mahaotsav: A festival to promote the ethnicity and tradition of a great city, Jhansi Mahaotsav needs special rendering. This one week extravaganza of culture exhibits the village life of Jhansi in its true vigor. Tourism department of the state government is the organizers of this great event and the gala has gained accolades as a genuine endeavor to showcase the rich heritage of the city.

Jhansi Mahotsav provides one with the exquisite opportunity to feel and understand the artistic talents of rural Indian folk along with a rich feast of folk dances. Various cultural competitions highlighting the rich culture of the city is the main attraction of this grand fiesta. All major events are held in evening in an open-air auditorium and entry to this festival is absolutely free.

Apart from showcasing the traditional arts forms, this festival also gives importance to promote Ayurveda, the Indian system of medicine. In effect Jhansi Mahotsav turns to be a grand fiesta of arts, crafts, culture and health tourism.