Diamond Harbour is a popular picnic spot for Calcutta's because of its proximity to the city. Earlier known as Hajipur, this charming place was named Diamond Harbour by the British. The place offers a spectacular view of the river Hoogly and marks the point where Hooghly River meets the Bay of Bengal. The Rupnarayan River joins the Hoogly and bends south and widens out to a form a huge expanse of water before meeting the Bay of Bengal. A little further down, the Haldi River joins it as well and the whole place seems to be a huge ocean of water. 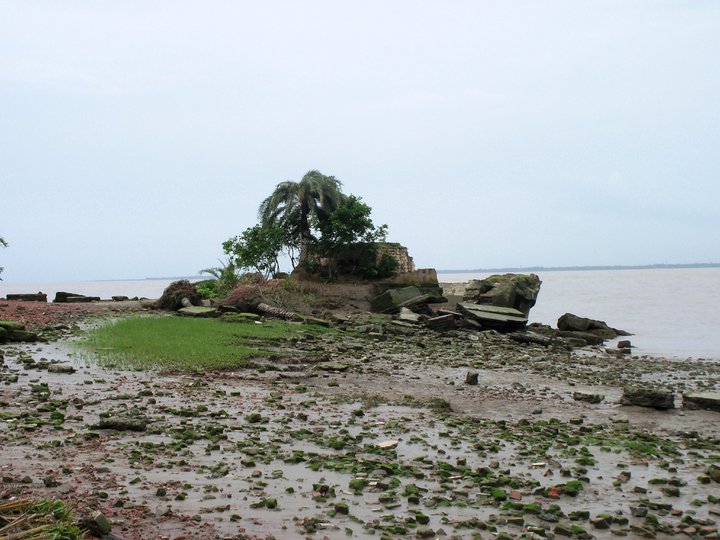 The place was named Diamond Harbour by the British as it was considered a safe resting spot for ocean going ships during the days of East India Company. It was a port of the British and was home to many large ocean vessels. The ruins of the fort of Chingrikhali at Diamond Harbour speak of its Portugese connection and the presence of an old lighthouse adds to the historic value of the place.

By Rail: The nearest railhead is Sealdah station and there are trains at regular intervals that connects Diamond Harbour with the metropolitan town of Kolkata.

By Road: Diamond Harbour is well connected with Kolkata by good road and regular buses are available from Shahid Minar bus terminus and as well as Babughat.

River Cruise on The Ganges

Kolkata port has lost its significance due to recedeeing depth of the Ganges at Kolkata, large ships cannot enter. They are now being diverted to Haldia port and some of the smaller ships go to Kolkata.