Ajmer is a historical region in central Rajasthan, a central part of a big Chauhan empire in 11-12th centuries. It is famous as a pilgrim place and houses the Dargah or tomb of the popular 13th-century, Sufi Saint Hazrat Khwaja Moinuddin Hasan Chisti. Millions of pilgrims from all over the world throng Ajmer to attend the death anniversary of the great saint every year. The city also boasts of a number of monuments belonging to the Mughal era. The city is also known for its traditional handicrafts. 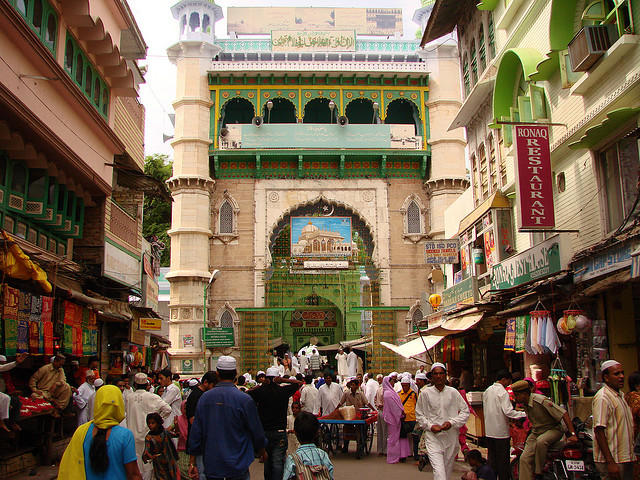 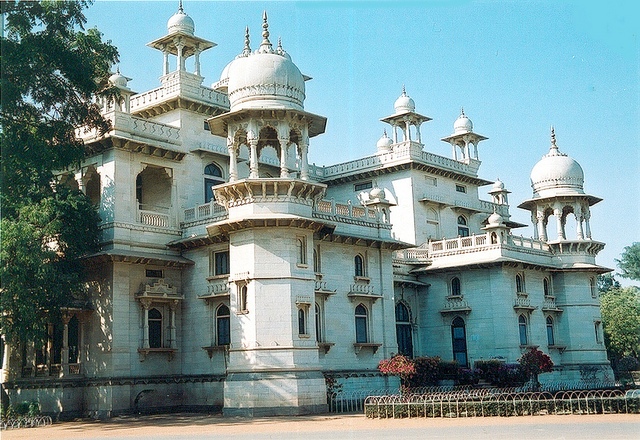 Historically, Ajmer always had great strategic importance and was sacked by Mahumud of Ghazni on one of his periodic forays from Afghanistan. Later it became a favorite residence of the great Moghula. One of the first contacts between the Moghula and the British occurred in Ajmer when Sir Thomas Roe met with Jahangir here in 1616. The city was subsequently taken by the Scindias and, in 1818, it was handed over to the British, becoming one of the few places in Rajasthan controlled directly by British rather than being part of a princely state.

By Air: The nearest airport to Ajmer is the Sanganer Airport located at Jaipur, which is about 132 km from Ajmer.

By Rail: Ajmer junction railway station lies on the Delhi-Mumbai railway line and is well connected to several cities in India.

By Road: Ajmer has a good network of roads connecting all the main cities of Rajasthan, including Jaipur, Udaipur, Jodhpur, Jaisalmer and Bharatpur. Ajmer is connected to Delhi also by road.

Shopping in Ajmer is an enjoyable experience. Ajmer is known for antiques, curios, fascinating gold and silver jewelry in contemporary designs, bandhini (colorful tie-and-dye sarees) and embroidered jodhpuri 'Jutis' (shoes). Ittar, a special form of local perfume is sold in small and large packs all over Ajmer and is a specialty that one can carry home form Ajmer.

The annual Urs Fair is the time one can buy the colorful creations of traditional folk artisans of Ajmer.Colorful clothes and products from Tilonia village and miniature paintings from Kishangarh and a range of wood crafted products are available during the festival The annual Ajaymeru Udyog Crafts Mela in Ajmer is another time when you can buy typical and popular items of Rajasthan like brass utensils, bangles, woodcrafts, silver souvenirs, leather belts, hand embroidered cloth bags and unlimited home décor items.

Hotels in Ajmer offer various packages with modern facilities. Ajmer is a prominent pilgrimage spiritual tourist attraction in the state of Rajasthan . Ajmer serves as the base for most of the long-distance journeys to Pushkar, which holds an annual Hindu religious festival. Ajmer is also a pilgrimage destination of Muslims, thus bringing in an amalgamation of cultures to this small town in Western India. Apart from this Ajmer also hosts a popular camel festival every year.

Ajmer offers various hotel packages with modern facilities. In Ajmer you will find both luxury and budget hotels.

Urs Fair
The Urs Fair is dedicated to Khwaja Moin-ud-din Chishti, the Sufi saint. It is organized on the death anniversary of the great Sufi Saint, during the first six days of Rajab (seventh month of the Islamic calendar). The venue of the Rajasthan Urs Fair is the memorial of the holy saint, situated in the lakeside city of Ajmer. The mortal remains of the saint lie buried in the Dargah Sharif (memorial of the saint) known as Chishti ki Dargah. Devotees of the Saint hold so much respect him, that the city of Ajmer is at times called Ajmer Sharif (Holy Ajmer).

The saint came from Persia and founded the Chishtia order of fakirs in India. Khwaja Moin-ud-din Chishti is also known by the name of Gharib Nawaz, the protector of the poor. This is so because the entire life he remained committed to the service of mankind. He lived a simple and austere life and graced this world by his presence for almost a hundred years. In the last days of his life, he retired to his cell and died in complete peace and solitude.

Lakhs of devotees from different communities assemble at the shrine of the saint at the time of the Urs Fair of Ajmer, Rajasthan. The devotees come not only from the various cities of Rajasthan, rather from all parts of the country. They visit the dargah to pay tribute to the Khwaja on his Urs (death anniversary). People coming to pray to the Khwaja and seek his blessings make offerings (nazrana) at the place where the remains of the Saint now rest. The offerings include rose and jasmine flowers, sandalwood paste, perfumes, incense, etc. Those who get their wishes fulfilled, along with those who come to pray, offer chadar, ghilaph and neema at the Dargah. Outside the sanctum sanctorum of the dargah, professional singers called qawwals can be seen singing the praises of the saint.

Camel and Horse Safari
One of the best amusements in Rajasthan is a camel ride. At Pushkar a number of locals provide this unique opportunity, to explore the sand stretches on ship of the deserts. Apart from that one can also get to ride a horse, as horse safari are also frequently conducted from here.