Agra, situated on the west bank of River Yamuna, is heritage city most famous tourist destination, flourished during the reign of the Mughals - notably under Emperor Akbar and subsequently under Emperor Shah Jahan - from 1526 to 1658. The architectural splendor of the city is reflected in the glorious monuments of medieval India built by great Mughals who ruled India for more than 300 years. 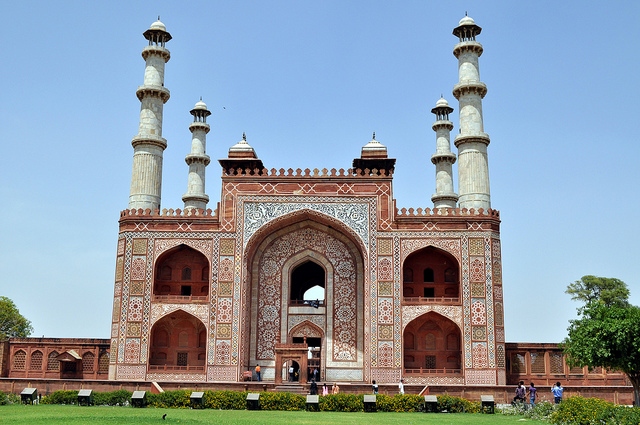 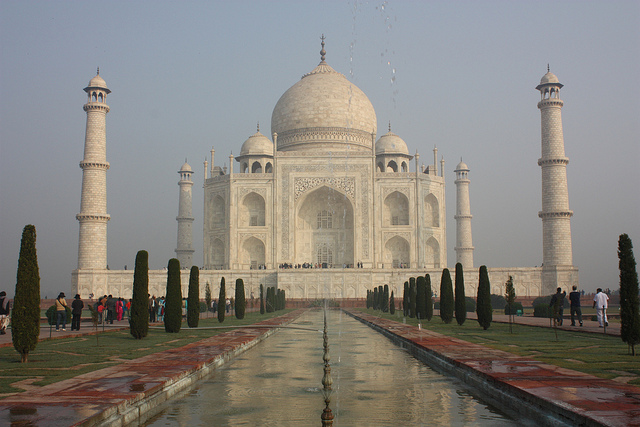 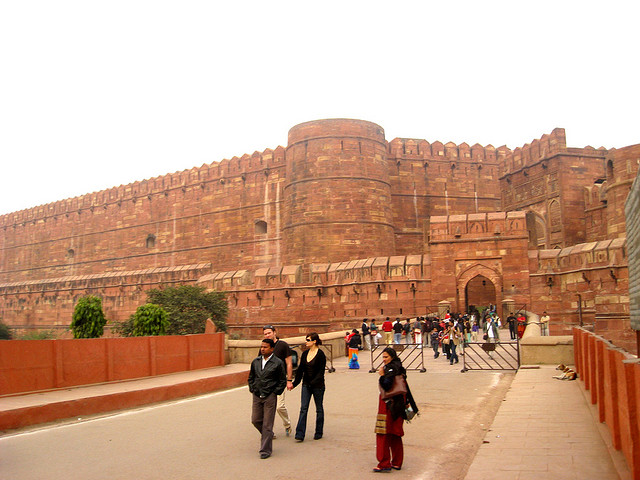 Agra was first mentioned in the epic Mahabharata as Agrevan (translates as "The Border of the Forest").
In 1501 Sikander Lodhi of the Delhi Sultanate made it his capital. In 1526 Babur defeated the Lodhi’s and Agra came under the Mughal rule. Babur introduced Mughal gardens to Agra.

Agra flourished during Akbar’s rule and became a centre for art, culture and learning. He laid the foundation for a city here and named it Akbarabad. Agra Fort and Fatehpur Sikri were built during Akbar’s reign. When Shah Jahan, who had a passion for architecture, came into power he built the Taj Mahal, most of the palce buildings inside the Agra Fort and the Jama Masjid.

Shah Jahan's son, Aurangazeb, moved moved his capital from Agra to Delhi and that began the slow decline of Agra as well as the Mughal Empire. The Jats then came into power beginning the years of destruction to the city and its monuments, followed by the Maratas and then the British.

By Air: Agra’s Kheria Airport is located 8 km away from the heart of the city. Agra is connected to Varanasi, Delhi and Khajuraho by air.

By Rail: Agra is a major railway junction on routes to the south, east and west. Agra's railway station is Agra Cantonment.

By Road: Agra is on the cross roads of national highways 2, 3 and 11 and is well connected to all parts of the country. Express and air-conditioned bus services are available from Delhi, Jaipur, Lucknow, Gualior and Jhansi.

The markets of Agra are full of tiny marble replicas of the Taj Mahal sold as decorative pieces. Though all of them are not of the same quality, tourists can definitely find some of the best replicas if they take a little pain in searching through the markets.

Agra is also famous for leather products. Many different items like bags, caps, jackets, wallets, sandals, shoes and decorative items are made of leather. The Zari and embroidery works of the local artisans are also among the best buys of Agra.

Shopping in Agra can be an interesting and beautiful experience. The Agra bazaars (markets) still bear the remnants of the past glory when their ethnic arts and crafts were patronised and popularized by the Mughal emperors.

Some of the items for which Agra is famous include handicrafts items like marble tabletops; soft stone lay work, semi precious stones, jewellery items and hand made leather items. The small replica of the Taj Mahal makes popular souvenir, decorated with inlay work with semi-precious and precious stones imitating the style of the pietra dura work on the grand Taj. The 'Chikan embroidery' and thread and zari work on clothing illustrate the plush art traditions that have been carried down over the generations in the family of artisans.

Sandalwood items, durries, carpets and textiles are other popular items to shop for in Agra. Some of the popular bazaars in Agra that you can visit on your shopping tour include the Kinari Bazaar, Pratap Pura, Sadar Bazaar, Munro Road, Taj Ganj and Gwalior Road. There are the modern shopping sites and complexes too especially the state emporiums where you can purchase antique souvenirs to luxury items.

Hotels in Agra are known for their hospitality. The hotels in Agra offer everything from room luxuries to sightseeing and leisure facilities.

Taj Mahotsav
Come February and it's springtime! The time of the year when nature dawns all it's colorful splendour and Agra bursts into colorful celebrations. For 10 days there is a sheer celebration of Uttar Pradesh's rich heritage of arts, crafts, culture, cuisine, dance and music. Yes, it is Taj Mahotsav time again. There are festivities all around and Agra truly puts on the colors of joy and gets transformed into one non stop carnival. Organised by Uttar Pradesh Tourism, and held as an annual event at Shilpgram, literally next door to the Taj Mahal, the Taj Mahotsav is indeed a fitting tribute to the legendary skills of matercraftsmen and exponents of art, music and cuisine. Not only this, it is also a gentle peep into the rich heritage and extraordinary legacies of this wonderful land.

Bateswar Fair
Situated at a distance of 70 km. from Agra on the banks of river Yamuna, Bateshwar is an important spiritual and cultural centre. The place is named after the presiding deity of the region, Bateshwar Mahadeo and has 108 temples, dedicated to the gods and goddesses of the Hindu pantheon.

During the months of October & November, a large fair is organised from Shashthi of Kartik month to Panchami of Agrahayan month. The fair holds a lot of importance for the Hindus. Devotees congregate here in large numbers to worship Lord Shiva and take holy dips in river Yamuna. A Livestock Fair is also organised and owners and buyers conduct serious business combined with the gaiety of a market place.

Rambarat
The marriage procession of Sri Ram called as 'Rambarat' is held every year, during Ramlila celebrations at Agra. Every year, a new locale of the town is chosen as Janakpuri, which is elaborately decorated to perform the royal wedding. The Rambarat (marriage procession) starts from Lala Channomalji Ki Baradari for Janakpuri, passing through different parts of the town. The barat is a large procession of tableaux or the 'jhankis', followed by Ram and Lakshman, mounted on elephants.

Kailash Fair
The kailash fair is held at Kailash, 12 kms from Agra during the months of August-September. It is a major fair celebrated in honour of lord shiva, who is believed to have appeared here in the form of a stone lingam.

District
Agra
STD Code
0562
Termperature
Summer 25 to 46°C, Winter 1 to 23°C
Best time to visit
October to March
Famous For
Taj Mahal, one of the 7 Wonders of the World
Heritage
WGW_Delhi
Popular Historical Places
Most Popular