The main Bodhi Shrine is surrounded by numerous religious and spiritual monuments and institutes. The Great Buddha statue standing tall at a height of 80 ft is one such attraction which pulls the visitors toward it with its overpowering presence and towering aura. Arguably the tallest Buddha statue in the country, it was inaugurated on 18 Nov 1989 by the XIVth Dalai Lama.

This huge figurine depicts Lord Buddha meditating (dhyana mudra) while he is seated on a giant lotus in open air. An inspirational image near the Bodhi Shrine the Great Buddha Statue, is a mix of sandstone blocks and red granite. At the end of the road in a decorative garden lies the 25 m tall Japanese style Giant Buddha statue. It was consecrated by the Dalai Lama in the year 1989. 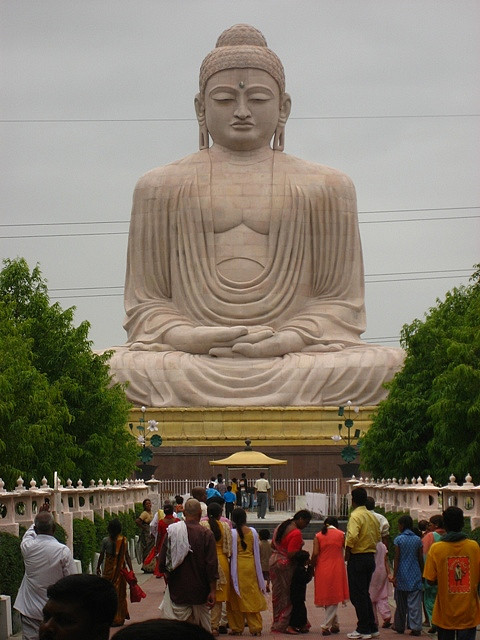