Situated stop a hillock and approached by a long flight of steps, the Chausat Yogini Temple commands a singularly beautiful view of the Narmada flowing through the Jagged Marble Rocks. Dedicated to goddess Durga, this 10th century temple has exquisitely carved stone figures of deities belonging to the Kalchuri period. According to a local legend, this ancient temple is connected to the Gond Queen Durgavati's palace through an underground passage. The oldest temple in Khajuraho, Chausath Yogini Temple is dedicated to the 64 yoginis who are the materialization of the Mother Goddess Shakti. Believed to be a 9th century monument, this temple is in a dilapidated state and the public access is restricted in this area.

Small shrines dedicated to the goddess are raised on a massive platform, which are bounded by an open courtyard. This cluster of shrines, which are made up of granite, belongs to the Western group of temples. 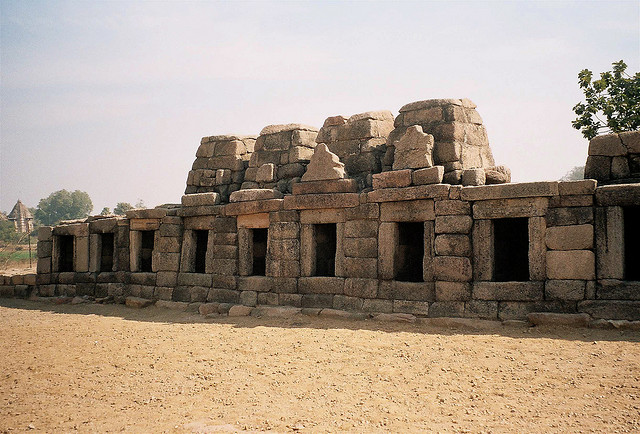 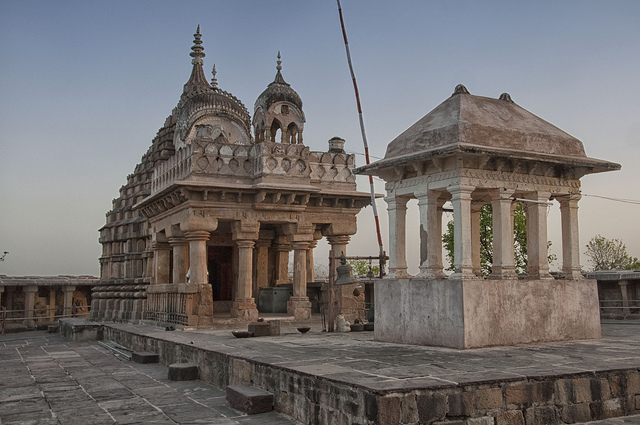