It is said that when the Lord touches simple things they attain permanent fame and longevity. The Bodhi tree which shielded the Lord and helped him attain his goal has been immortalized and is believed to have fathered similar trees across the globe. First seven days of enlightenment saw the Buddha meditate below the tree.

The present day tree is believed to be a direct descendant of the original. The original tree was burned down and destroyed by many Kings. Emperor Ashoka was in fact so depressed that he ordered a branch of the tree in Sri Lanka and planted it and took so much care that the jealous queen ordered its destruction. The tree survived all this and its branches still flourish everywhere.

At the rear side of the temple in the west direction, the huge Bodhi tree grows out of an expansive base. A historic tree, the Bodhi tree nowadays attracts the scholars and meditators. It is believed that Shakyamuni Buddha or Gautama, attained enlightenment some 2500 years ago by sitting under this tree. Original tree was destroyed by Ashoka before his conversion to the faith, later its offshoots were nurtured at Anuradhapura in Sri Lanka, and a sapling was brought back and replanted here. Buddhist pilgrims tie coloured thread to its branches, decorated by prayer flags, while the Tibetans fulfill their rituals by making long lines of butter lamps. 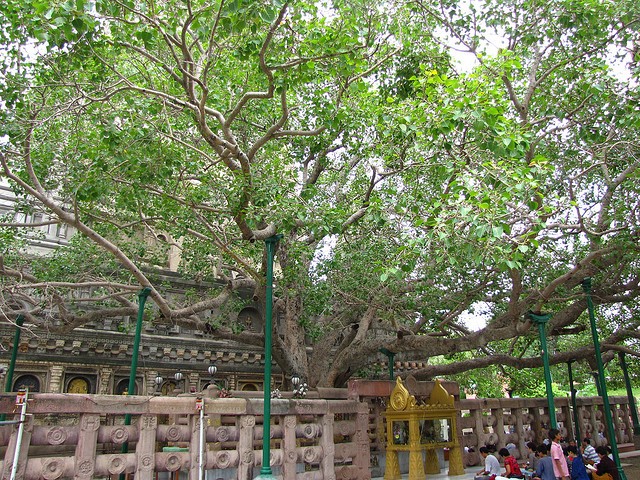 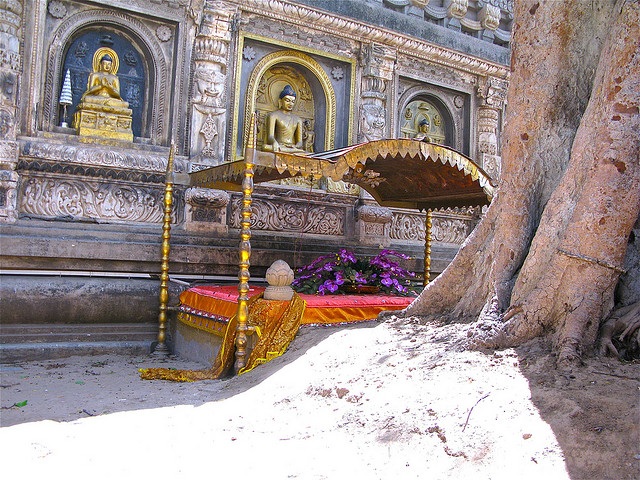 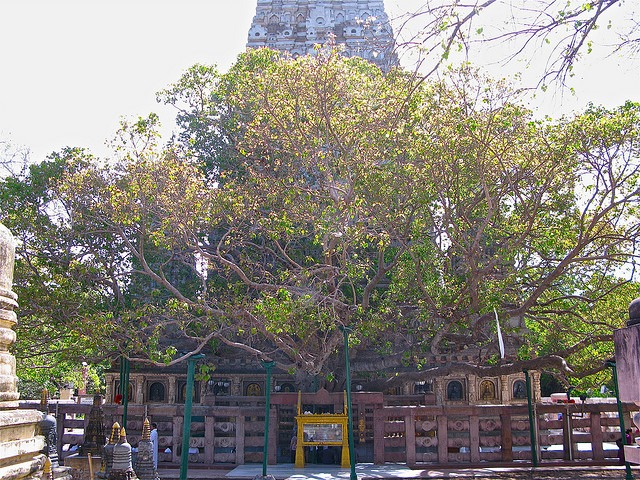