It is the sub-division headquarter and is situated at 39 km. from Shimla and 7 km. from Shalaghat on Shimla-Bilaspur road. It was the capital of Parmar Dynasty in ancient time. The King's palace is an example of the ancient art.

Once the capital of the princely state of Baghal, Arki has witnessed a good measure of turbulence in this area. Arki became the stronghold of an invading force of Gurkhas during the 'Gurkha Wars' that came to an end in 1815-16. About 1850, Raja Kishen Chand had the fort decorated with fine murals executed in the Pahari style. Here is a place packed with history and adomed with fine art.

Built by Rana Prithvi Singh, Arki Fort carries a great history of blood shed and power struggle. Till 1815 this formation was the strong hold of the Gurkhas from where they led their war against the British. Now turned in to a heritage hotel, strong hold of the erstwhile Baghai rulers presents artistic grandeur and historical excellence to the visitors.

A fusion of Rajput and Mughal architectural styles, the fort is greatly influenced by the rajasthani structural designs. A unique style of painting namely the Pahari style, which adorns the walls of the fort, tries to depict the contemporary lifestyle of the hilly people. These marvel displays exemplary craftsmanship with perfect balancing of colours.

The fort is a private property of the descendants of the Arki rulers, who dwells in one portion of the fort. Though the fort is not managed properly, its heritage hotel wing upkeeps its royal elegance and princely status intact. Its marvelously decorated rooms house the spectacular sceneries of the snowy peaks and other higher altitudes with its full splendor. 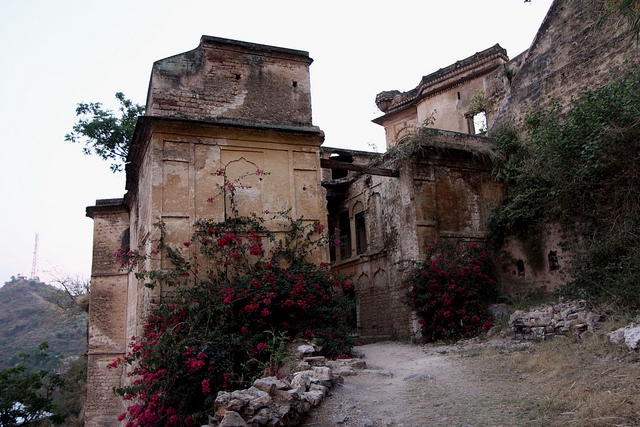