Vadodara, formerly known as "Baroda", is the third largest city in Gujarat. The city stands on the bank of River Vishwamitri, flanked by a number of graceful buildings like palaces, parks, temples and museums.

In the ancient time, it served as the capital city of Gaekwads, the former rulers of Vadodara. It is a historical city and an erstwhile princely state, which reached its peak of glory back in 19th century. Today the city is an industrial hub of modern India. 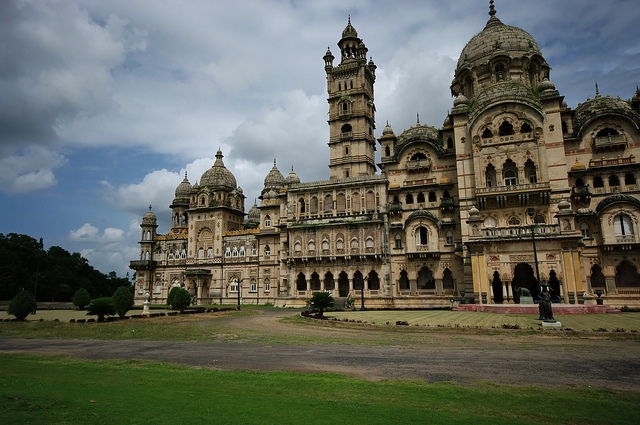 Vadodara was once called "Chandravati", after its ruler Raja Chandan. The name then changed to "Viravati", (or "Abode of the Brave"), and then subsequently to "Vadpatra" given the abundance of banyan trees on the banks of the Vishwamitri River where the city is locate. "Vadpatra", over time, evolved into Vadodara. The history of Vadodara can be traced back to more than thousand years with the rise and fall Hindu, Pathan, Moghul and Maratha kingdoms. But its prominence grew following the control of the city by the Marathas (from the Mughals) in 1732 when Rao Pilaji expanded his empire northwards into Gujarat. The place remained with the Gaekwads from 1734 to till India's independence.

By Rail: Vadodara is on the Western Railways, Mumbai, Delhi and Ahmedabad line.

By Road: Vadodara is 112 km from Ahmedabad and 420 km from Mumbai and is well connected by road.

Shopping in Baroda will be a pleasure for the art connoisseur because Baroda is the city of artists and painters and the MS University's Fine Arts College holds regular art exhibitions. For shoppers interested in silver jewellery, Raopura, Teen Darwaza and Mandvi offer a range of oxidized silver. One can check out the local Khadi Bhandar center for handicrafts, fabric and readymade handspun cotton clothes.

As Vadodara is the city of artists and painters, so the shopping in the city will be a pleasant experience for art lovers. Besides artifacts, silver jewellery is another highlight of shopping in Vadodara. Raopura, Teen Darwaza and Mandvi offer a huge range of oxidized silver. You can check out the local Khadi Bhandar centre for fabric, handicrafts and readymade handspun cotton clothes.

Most of the Vadodara's hotels are designed by keeping in mind the business travellers. Here you will find several mid-range hotels and deluxe hotels as well. In Vadodara most of the hotels are grouped in the Sayaji Gunj area just south of the railway station. Some of the famous Vadodara hotels are mentioned below :

The hotels in Baroda range from 5 star hotels to government approved hotels. Baroda also offers low-budget accommodation but the low-budget hotels are located on the western part of the city across the River Vishwamitra.Most of the mid-range and top-range hotels are conveniently located near the railway station.

The prominent hotels in Baroda are: