Also known as “Greenwich of India”.

Ujjain is an ancient city of Malwa in Central India on the eastern bank of Kshipra River in State of Madhya Pradesh. It is also known as Ujjayini, Avantikapuri, Avanti. In ancient time it was capital of Avanti Kingdom. It is one of the sacred cities of Hindus and Kumbh mela (religious festival of Hindus) held here in every 12 years. Out of 12 jyotirlingas, one is present in “Mahakaal Temple” of Ujjain. Here “Harsidhhi Temple” is one of the famous Shaktipeethas all over India. 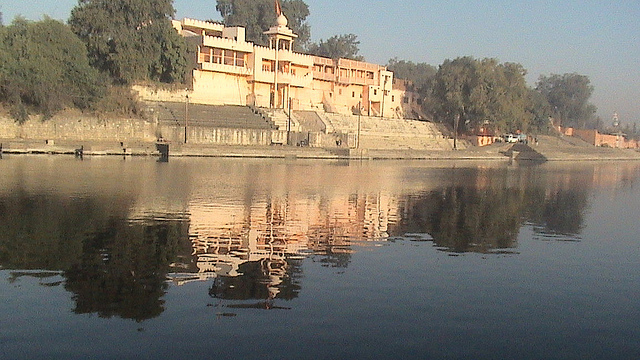 Ujjain is the modern name for Ujjayini. Historical importance of Ujjain is very old and ancient. This city which was earlier known as Ujjayni and Avantika. was the ruling kingdom of the father of the great emperor Asoka. The Mauryan influence on the city has marked a great mark on the actual culture of the people. Historically this is the place where the famous poet Kalidas, one of the Hinduism's most revered poets, wrote the Meghdoot with its famous lyrical description of the city and its people. With time Ujjain has seen the rise and fall of myriad religions and dynasties and has tried to adopt the goodness of each of them. Come to the land of countless beliefs and traditions.

By Air: Devi Ahilyabai Holkar Airport in Indore is the nearest airport to Ujjain, which is situated 55 km away.

By Rail: Ujjain Junction Railway Station is an important railway station in Western railway zone. It is well connected to all major railway stations in India. Direct train services are available to Bhopal, Indore, Pune, Malwa, Delhi and many other cities.

Indulging in shopping in Ujjain will be perhaps the most beautiful experience of your trip. The colourful shops selling clothes along the mouth watering cuisine that line up at the sides of the road makes it a pleasurable and gratifying undergo.

The main items for the buy includes the tribal paintings that will surprise you with the intricacies that are involved in their production. If you have a craze for tribal metal wares, bamboo articles, pottery, then this is the apt place for your sojourn. Besides the traditional and ethnic products Ujjain also serves its tourist with the contemporary and modern products like electronic goods, flowers and books and many other small gifts for you dear ones. When shopping in Ujjain, do not miss buying the stone images that are the most famous buy of the city.

Perhaps the best deal can be negotiated at the local markets that specialise in all those items or the government emporiums that are located inside the city. The bazaars of Ujjain are fragrant with the traditional essence of the ancient India and there is not a better place for you.

Kumbh Mela
Kumbh ka Mela is a very important festival as Ujjain is one of the four host of this festival. Held last in the year 2004, this Simhastha Kumbh Mela is a gigantic fair held once in twelve years. During this festival thousands of devotees visit Ujjain to take a holy dip in the river Shipra. However, the Ardh (half) Kumbh Mela is held every six years, this month long festival is held in the month of Chaitra (March-April) when Jupiter is in Scorpio and the Sun is in Aries. To witness the religious ardency among the people during the festival is a unique chance.

Mahashivratri
Having one of the 12 Jyotirlingas in India, obviously, Mahashivratri is a big event here. Thousand of pilgrims flock to the fair grounds near the famous Mahakaleshwar temple and fast and worship throughout the night.