Thrissur is an anglicized form of the Malayalam word “Thris-Shiva-Perur meaning the "City of Lord Shiva”. It was later shortened to Thrissur. In ancient times the city was also called Vrishabhadripuram and Tenkailasam.

Thrissur has been built on an elevated ground with the famous temple of Vadakkumnathan at its centre. It has even become an important learning centre of the Sanskrit language with several literary organizations also contributing to the growth of Malayalam language, literature and arts.

Thrissur has been a patron for arts of all forms for centuries. Even today some of the best institutions for various forms of art and culture continue to impart education to the younger generation keeping the old past alive. Thrissur has been rightly bestowed the title as the “Cultural Capital of Kerala”. Thrissur is also a major financial and commercial hub in Kerala.

Thrissur, with its rich history, cultural heritage and archaeological wealth is called the cultural capital of Kerala. From ancient times, this district has played a significant role in the political history of South India. Many rulers and dynasties beginning with the Zamorins of Kozhikode, Tipu Sultan of Mysore and Europeans including the Dutch and the British have had a hand in moulding the destiny of this region. Raja Rama Varma popularly known as Sakthan Thampuran was the architect of the present Thrissur town. Today Thrissur is world famous for its Pooram festival. A cultural centre, the Kerala Kala Mandalam, the Kerala Sahitya Academy and Kerala Sangeetha Nataka Academy are located here.

Thrissur is an anglicized form of the Malayalam word “Thris-Shiva-Perur meaning the "City of Lord Shiva”. It was later shortened to Thrissur. In ancient times the city was also called Vrishabhadripuram and Tenkailasam.

Thrissur has been built on an elevated ground with the famous temple of Vadakkumnathan at its centre. It has even become an important learning centre of the Sanskrit language with several literary organizations also contributing to the growth of Malayalam language, literature and arts.

Thrissur has been a patron for arts of all forms for centuries. Even today some of the best institutions for various forms of art and culture continue to impart education to the younger generation keeping the old past alive. Thrissur has been rightly bestowed the title as the “Cultural Capital of Kerala”. Thrissur is also a major financial and commercial hub in Kerala.

Thrissur, colloquially shortened from the original name Thrissivaperror (the place named after Lord Shiva), is acclaimed as the cultural and spiritual capital of scenic Kerala state of India. Ideally located at the central region of the state, Thrissur was known with the anglicized name Trichur until recently.

The Thrissur city is the home for many cultural, artistic and academic institutions. The city is scenic showcasing the lusting green feature of Kerala and is placed around a hillock wherein a famous Vadakkumnathan temple with presiding deity as Shiva exists

Thrissur was a very important city in the history of South India. The city has witnessed the rise and fall of many kingdoms in Kerala. Perumpadappu Swaroopam, Zamorins of Calicut, Portuguese invasion and later British Kingdom were all played major role in the history of Thrissur.

Thrissur Pooram is one of the major annual festivals attracting thousands of tourists from India and abroad. It is the most spectacular and colorful temple festival in Kerala. It is also a famous industrial and shopping city in Kerala. Thrissur is known for traditional and design gold ornaments. This place is the hub of Onam celebrations and is the centre of Pulikali during Onam period.

Tourism is the life line of Thrissur. With many marvelous attractions in and out, the city hosts thousands of tourists every year with ample facilities for comfortable vacations. The religious and spiritual attractions, the natural scenic locations and modern artistically built water theme parks are all grandeur options for the tourists visiting Thrissur. Cultural institutions like Kerala Sangeetha Nataka Akademi and Kerala Lalithakala Akademi are important places for the cultural tourists. 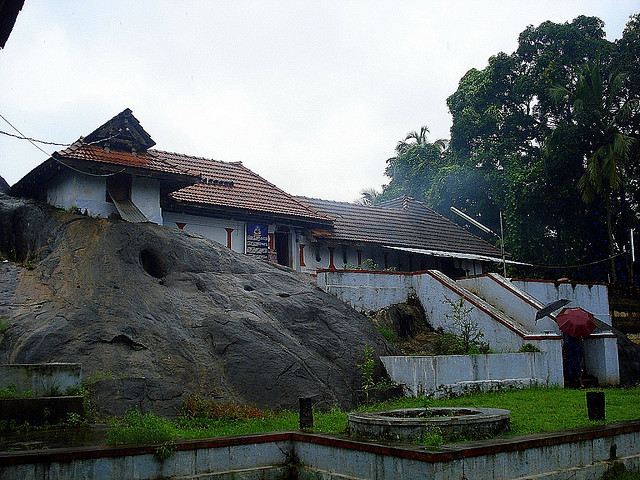 Thrissur was ruled by the Chera empire during the Sangam period. The history of Thrissur between 9th and 12th centuries was in connection with Kulusekharas of Mahodayapuram and since 12th century the town’s rise and growth is associated with Perumpaddapu Swarupam.

In the 14th and 15th century there were aggressive wars around the south of India and the Samorins of Calicut acquired a large part of the Thrissur district. Later the Portuguese came to power in Kerala but by the 17th century they were on the verge of collapse. The district was then slowly taken over by Hyder Ali and Tipu Sultan of Mysore.

In 1790 Raja Ram Verma, more popularly known as Sakthan Thampuram ascended to the throne of Cochin. He re- built the city of Thrissur after it was destroyed by attacks from Tipu Sultan’s army and made the town the political capital of the Kingdom of Cochin. Hence he is considered the “architect of Thrissur town.”

Air: The nearest airport to Thrissur is Nedumbassery International Airport at Kochi, at a distance of 55 km. Taxi services are available from Kochi to Thrissur costing about Rs 700. Kochi airport is well connected to all major airports in India and also connected to many foreign cities. Direct flights are available to Chennai, Delhi, Mumbai and Bangalore.

Rail: Thrissur is a major railhead in the Southern Railway. Thrissur is well connected by trains to all major stations in India.

Local handicrafts are textiles, brass work, bell-metal curios and fabulously crafted gold ornaments. Thrissur also produces beautiful silks. The shopping areas are at the bottom of the temple hill, in the Round where you can easily pick some great Keralan craft pieces.

The River Retreat is a wonderful luxury property in Thrissur. Other good hotels are Casino Hotels and Krishna Inn both come under the mid range category. For simple budget hotels that provide just the basic amenities Hotel Merlin International and Hotel Luciya Palace are good options.

Thrissur Pooram:
Thrissur Pooram is the most important festival celebrated in Thrissur. A 36 hour festival which involves taking out elephant procession from Paramekkavu Tample and Thiruvambadi Temple. Both the processions go towards the main temple of the city, Vadakkumnathan Temple.

The elephants are richly decorated with ornaments, beautiful shining parasols and cloths. There are 15 elephants in each group and each group tries to out do each other in elephant decoration and display and at the end a winner is proclaimed for the year. When the procession is over at dusk the sky glitters with fireworks spreading light all over. The festival is celebrated in the months of April- May

Onam:
Onam is an important festival for Kerala. On the fourth day of Onam, the “Tiger dance or Pulikali” is performed in Thrissur with dancers painting their body in vibrant hues of yellow, red and black resembling tiger stripes and a tiger mask. This folk art is almost 200 years old.

Bird Watching
Peechi Vazhani Wildlife Sanctuary is covered with more than 50 different orchids and innumerable rare medicinal plants. The rich flora of the park has made it the abode of as many as 60 different types of birds, which includes both the resident birds and the migratory birds. So, in case you are an avid bird lover, you will find the sanctuary to be nothing short of a paradise. Apart from the birds, the sanctuary also houses as many as 10 different types of snakes.

Exploring Heritage
For those who love to delve into the history and explore the rich past of a place, Sakthan Thampuran is surely worth visiting. Also known as the Vadakkekara Palace and the Kudakkallu, it is a Kerala-Dutch style palace that was built by the great ruler Raja Rama Varma. In the city, you must also explore the umbrella rocks of Chiramanangad, believed to be more than four thousand years old. The Archeological Museum and the Art Museum are the other attractions of Trichur that would interest a history-buff.

Pilgrimage
If you have come to Thrissur, paying a visit to the Guruvayoor temple is a must, Touted to be one of the greatest Krishna Temples in the whole of Kerala, it is said to have been built by Guru (preceptor of Gods) and Vayu (God of winds), thus the name. Another temple in Trichur that is surely worth giving a look at is the Thriprayar temple, dedicated to Lord Rama. It is know for exquisite architecture, full of ornate carvings on the walls and pillars. Last, but not the least, is the Ayyappa Temple, famous for its Aarattupuzha Pooram festival.

Wildlife Viewing
For the nature lovers, Thrissur offers Peechi Vazhani Wildlife Sanctuary, which was established in the year 1958. Today, it serves as home to more than twenty-five types of mammals. Of these, the ones that nature enthusiasts mostly look forward to seeing are tiger, leopard and fox. Apart from that, you can also hope to see herbivorous animals like elks, deer, and barking deer in the park. Even herds of spotted deer can be seen commonly. The sanctuary houses bison and elephants as well. However, they are rarely seen.