Sagar Island lies on the continental shelf of Bay of Bengal is a religious spot for Hindu pilgrims. This island is the holy confluence point of river Ganga and the Bay of Bengal. The place is also famous for the Kapil Muni temple near the beach, where people worship after taking a holy dip in the river. The island is also the home to the endangered Royal Bengal Tiger and also rich in mangrove swamps, waterways and small rivers. The ritual of taking a dip in this water on Makar Sankranti is considered auspicious. Gangasagar pilgrimage and fair is the second largest congregation of mankind after the holy Kumbha Mela.

(Sagardwip is a small island located in Sunderban, 128 km from Kolkata, in West Bengal. Sagardwip was earlier covered with dense forest and there was no habitation until the year 1822, when the East India Company decided to send five families to this Island from the Arakan Valley.

After this, the population of this place started to increase gradually and now the Hindus regard it as a holy place. People from different regions like Sri Lanka, India and Lahore come to this place to take dips in the holy water. In the year 1960, the first metal road in Sagardwip was built.

Sagardwip is popularly known as Gangasagar in the Asian sub-continent and is regarded as one of the important pilgrimage spots in West Bengal because it is the place where the river Ganga meets the ocean.

Some of the important places here include the ashram of sage Kapil Muni, which is the fourth constructed temple in the island. All the earlier temples were destroyed by natural calamities. However, in the year 1973, the construction of the present temple was completed with the assistance of the Government of Bengal.

Other than the temple of Kapil Muni, the Gangasagar Mela held here is one of the largest religious fairs of the state that is held in the month of January, during Makar Sankranti. The concept of Sagardwip has also been mentioned in the sacred texts of the Ramayana and Mahabharata.

The silvery beach here is slowly developing into a popular tourist destination. The other popular spots on Sagardwip include Bharat Sevashram Sangha Temple of Gangasagar, the Ramakrishna Mission, the Onkarnath Temple in Sagar Island, Sagar Marine Park and the Sagar Lighthouse that provides a clear view of the surroundings.

The weather of this place is mainly tropical due to the proximity to the sea, and the summers here from the month of March to May are hot and humid. The temperatures during this period reach up to 36o Celsius. However, in the month of May this place receives moderate rainfall. The months from October to November are the best time to visit this place. ) 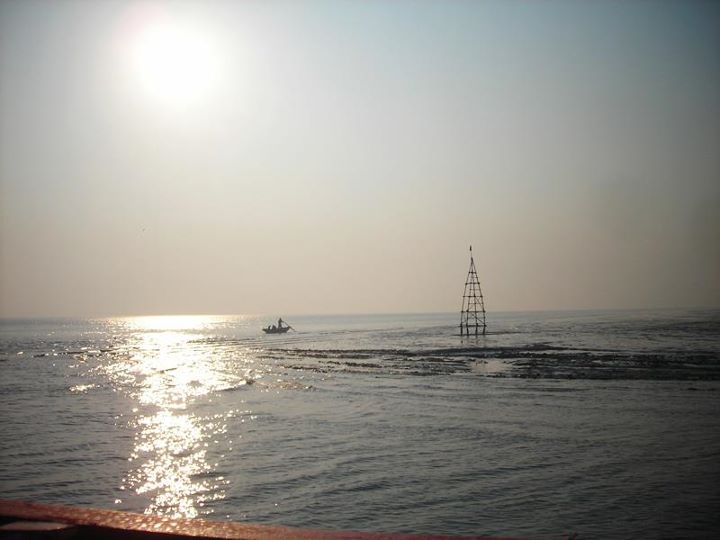 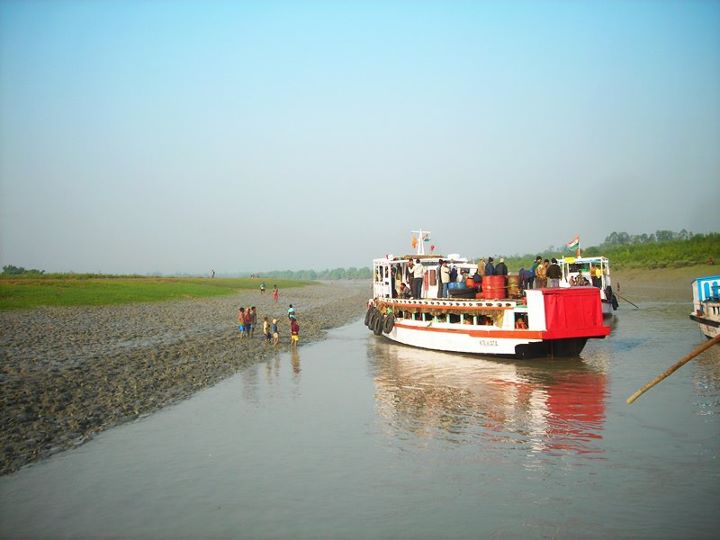 Road: From Calcutta to Namkhana by bus (105)kms.Namkhana to Chemaguri by launch across the river Muriganga from Chamaguri to Gangasagar by bus (10kms.) One may cross the Muriganga from Herwood Point (lot no. 8) near Kakdip to Kaachubrie also.Kakdwip is 85 kms. from lot No. ',to Kachuberia and bus service from Kechuberia to Gangasagar(30kms)

For accommodations, are too many places to choose from in South Sagar. Some are named below. In the time of Sagar Mela or the Fair, the number of accommodation increases drastically with temporary camps/hutments from many commercial and non commercial organizations. It is advisable to book your accommodation prior to go to Sagar Island in the time of Sagar Mela. If you bring your own mattress and sleeping bag you'll will find a shelter in any way, though.

The following organizations provide shelter for tourist and pilgrims round the year:
State Youth Hostel- Charge for a Double bed room with attached bath is Rs. 100 per day. Check in time is at 12 noon. (Booking can be done in Directorate of Youth Services, 32/1, B.B.D. Bag (South), Calcutta - 700001. Ph: +91-33 2248 0626.)
Bharat Sevashram Sangha and a couple of other ashrams: they usually offer accommodation and meals for free (they are oriented to pilgrims), but would expect a donation.
Larica Sagar (Tourist Lodge), Telephone +91 3210 240226-227.

The river Ganga which originates in the Gangotri glacier in the snow clad Himalayas, descends down the mountains, reaches the plains at Haridwar, flows through ancient pilgrimage sites such as Benares and Prayag, and drains into the Bay of Bengal. Sagar Island, at the mouth of the river Hooghly in Bengal (accessed from Diamond Harbor), where the Ganga breaks up into hundreds of streams, and drains into the sea, is honored as a pilgrimage site.

A dip in the ocean, where the Ganga drains into the sea is considered to be of great religious significance particularly on the Makara Sankranti day when the sun makes a transition to Capricorn from Sagittarius and this town becomes home to vast fairs, drawing visitors and recluses from all over the state.

There is a common belief among the locals that the girls who take the holy dip get handsome grooms and the boys get beautiful brides. When they are done with the ritual obligations, they head towards the Kapilmuni Temple situated nearby, to worship the deity as a mark of respect.