Orchha also called as Urccha literally means "hidden place". However, it was once the splendid city and capital of the Bundela dynasty who ruled an anonymous princely state in Bundelkhand region of Central India. Orchha is situated in Tikamgarh district of Madhya Pradesh and today the splendour of Orchha lies within the many, still beautifully maintained ruins of the Bundela era. This town which lies on the banks of Betwa River is about 15 kms from the town of Jhansi in uttar Pradesh.

Orchha was built by Bundela Rajput King, Raja Rudra Pratap in the 16th century. However he died before the project was completed. The golden era of Orchha was under Raja Bir Singh Deo who built some of the finest buldings in this town. Orchha's numerous beautiful palaces, striking forts, and stunningly carved temples and chhatris were built by the Bundela rulers during the 16th and 17th centuries. Combined with a picturesque setting water body This destination is a photographer's dream.

Orchha is a now a sleepy little village with many tourist spots worth visiting, all lying within walking distance to each other. Some of the tourist spots worth visiting in Orccha are Raja Mahal and Rai Praveen Mahal. Jehangir Mahal, one of the most beatiful places in town was built as a welcome present for Mughal Emperor Jehangir. Sheesh Mahal or Palace of Mirrors is an 18th century palace, today owned by the State Government and used as a hotel.

The temples oo here are worth visiting such as Chaturbhuj Temple, Laxmi Narayan Temple which has ezquisite Orchha paintings in its interiors, The Ram Raja Temple,an unusual temple for it is the only temple in the world where Rama is worshipped as King.

Phool Bagh in Orcha town carries the artistic nature of the Bundela Rulers.

Orchha was founded in 16th century by the Bundela Rajput. It is 20 km. from Jhansi on Jhansi-Khajuraho road, having Railway station & Bus stand. The nearest airport to reach Orchha is Gwalior which is 120 km away or Khajuraho Airport which is 180 km from Orchha town. Their is good accomodation facility in Orchha for all type of visitors. Most of the tourists visiting Khajuraho by train from Delhi, arrive at Jhansi Railway Station and take lunch in Orchha which is just 20 km from Jhansi and then after sightseeing of Orchha, proceed to Khajuraho. Orchha town is built on the bank of Betwa river on which river-rafting can also be enjoyed.

Orchha is a small yet interesting town situated on the banks of River Betwa in the northern part of Madhya Pradesh. The town was once covered with thick forest from all four sides and was discovered by Bundela rulers only in the year 1531. It also served as a capital to the Bundela Kings. It is dotted with numerous temples and palaces, which were built between 16th and 17th century. The monuments build by the Bundela rulers are deemed as the best example of Indo-Islamic architecture.

You can also visit the nearby island in River Betwa that has a large and spectacular 17th century fort on it. Besides, the historic city of Jhansi is also just 16 km away from here where you can see the famous Jhansi Fort and Rani Jhansi's Palace. Since the city is situated on the banks of Betwa, the climate even in summers is not too hot. The winters do get a bit nippy during the nights but the days are pleasant enough to have a comfortable trip inside the city. 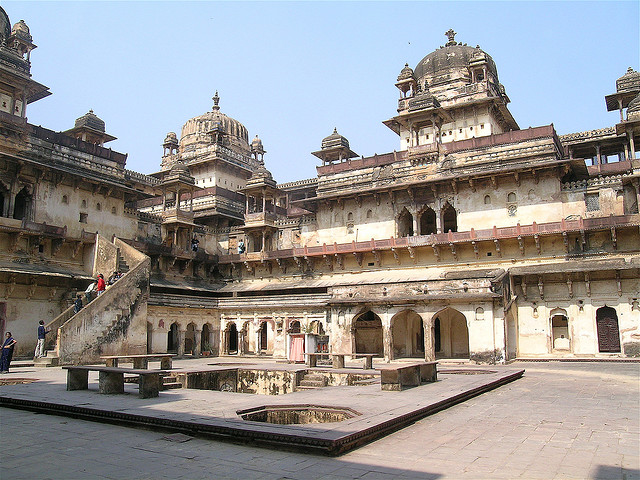 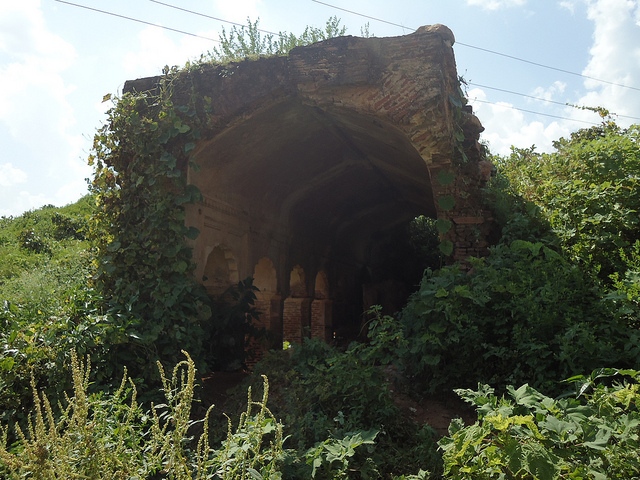 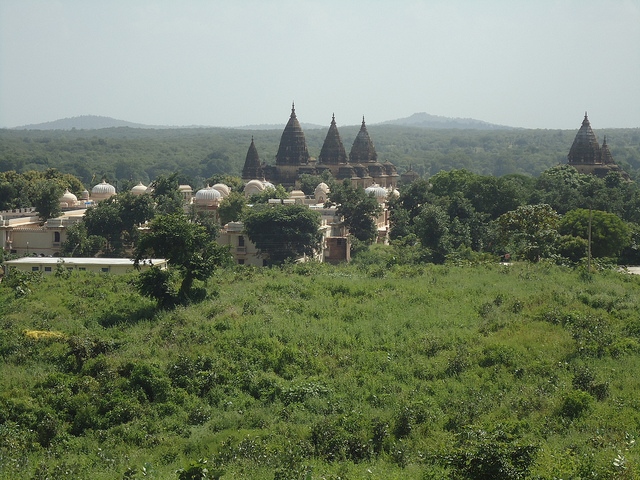 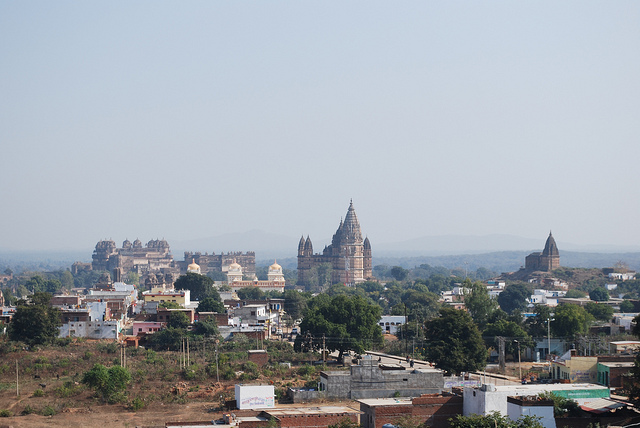 The history of Orchha sheds light on the glorious past of the Madhya Pradesh city that was famed as an erstwhile princely state in the Bundelkhand region. The legendary Bundela chieftain Rudra Pratap Singh founded the town of Orchha, way back in the 16th century.

The town of Orchha has fought against the vagaries of time. The chronicles of Orchha history record that Raja Jujhar Singh, a former Orchha monarch had renegaded against the mighty Mughal potentate, Shah Jehan in the 17th century. This tactical error met with disastrous consequences and soon afterwards, in between 1635 to 1641 AD, the Mughal army took over the princely state and caused wanton carnage and destruction.

Very soon, however Orchha grew into a powerful empire. The only state that did not succumb before the Marathas in the 18th century, Orchha has many a claim to its fame. In the year 1783, the town of Tehri ( present Tikamgarh) was established as the capital of Orchha. Tehri is also an historically eminent town that houses the majestic and crenelated fort of Tikamgarh.

In the long lineage of the Orchha emperors, Maharajah Hamir Singh was another celebrated monarch who ruled over Orchha between 1848 to 1874. The philanthropist Maharaja Pratap Singh, Hamir Singh's successor ascended to the throne in 1874 AD and worked solely for the noble cause of the sustainable growth and development of the state's engineering and irrigation facilities. In fact, Orccha reached the zenith of prosperity during his regime.

In the year 1904, the state encompassed an area of 2080 sq. miles and marked a net populace of 321,634 people. The first and foremost of the Bundela states with a 15-gun salute, the Maharajahs of Orchha were deeply esteemed in the region and were conferred the hereditary title of the First of the Princes of Bundelkhand. The annals about Orchha state that Vir Singh had coalesced his princely state with the Union of India on 1st January 1950.

Air: Gwalior is the nearest airport to Orchha. Gwalior is about 125 km away from Orchha. Flight services are available to Khajuraho, Delhi and Varanasi. Delhi, 440 km away from Orchha, is the major international airport, which is connected to all major cities in India and many cities in abroad. Taxis are available in the Gwalior airport and cost about Rs 2500 to reach Orchha.

Although limited accommodation are available at Orchha but they offer comfortable stay to guests. You need not worry about budget because hotel charges are reasonable here. Betwa Retreat and Sheesh Mahal are popular hotels of the town.