The city of Mangalore is on the western coast of India facing the Arabian Sea with the mountains of the Western Ghats in the background. It is among the main ports of southern India and is the chief port of its state of Karnataka. Once a sleepy old town, Mangalore is rapidly moving forward industrially. Yet it retains some of its old charms.
Mangalore is located near the backwaters formed by the convergence of the rivers Netravathi and Gurupur. At 357 km from Bangalore, Mangalore is also a pilgrim city with lots of people visiting the city for its temples.

Mangalore district is full of greenery and beautiful beaches surrounded by the Western Ghats in the East and Arabian Sea in the West. Mangalore got its name after the local Hindu deity Mangala Devi. Mangalore has always been a big player in Maritime trade and is becoming a big business centre. The city may be accelerating the Industrial growth but the Mangalore still holds the traditional city charm represented by the tile roofed buildings, coconut groves, fishing boats and sea food. Mangalore was occupied by a number of rulers including the Portugese in the mid-16 th century. The Mysore Sultans built Mangalore as a strategic ship building base. Mangalore is a reminder of the good times of life. The district offers a wide range of interesting places like Dharmasthala, Subramanya, Kollur, Udupi, Karkala, Venoor and Moodabidri for both pilgrimage and pleasure.

Mangalore district is a panorama of palm-fringed beaches, lush green fields and enchanting forests. It is sheltered by the soaring western ghats on the east and the mighty Arabian sea roaring along its western shores. It is located at a distance of 357 Kms from Bangalore. Mangalore was named after the local Hindu deity Mangaladevi.

It is also headquarters of the South Canara District known for its port related and agricultural produce processing activities. It has a long history of maritime trade. Though developed as a business and commercial centres Mangalore still retains its old world charm-old tile-roofed buildings amidst coconut groves, fishing boats silhouetted against the darkening skyline, fishermen hauling in rich catch of fish,sea food served in spicy coconut curries.

Mangalore is a reminder of the good times of life. The district offers a wide range of interesting places like Dharmasthala, Subramanya, Kollur, Udupi, Karkala, Venoor and Moodabidri for both pilgrimage and pleasure. 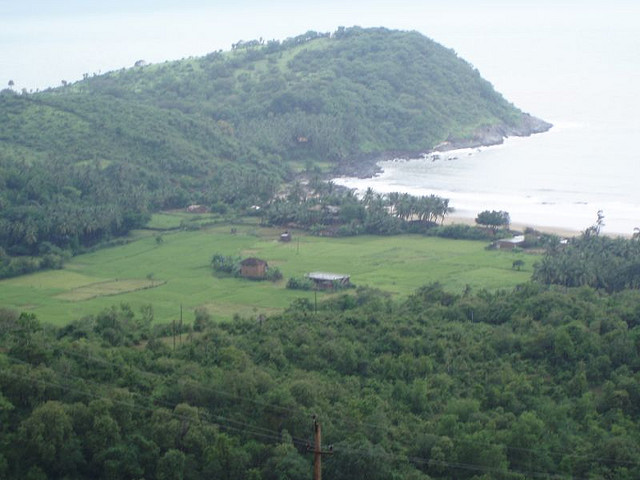 The city is named after a Hindu deity, Mangaladevi, The Goddess of Fortune. When the Portuguese in 1498 came here they started calling the place Mangalore and the name stayed through the British rule.
Mangalore finds mention in both the Ramayana, and Mahabharata epics. At various times, Mangalore was ruled by Kadambas, , Chalukyas, Hoysalas, Rashtrakutas, and the Vijayanagar dynasty. In 1520, the Portunguese took control of Mangalore from the Vijayanagar dynasty. In 1799, the British annexed Mangalore and was part of the Madras Presidency. In 1956, the city became a part of Karnataka.

The city developed as a major port during the reign of Haider Ali, and has had a history of the shipping and maritime activities. The city today has developed into a major commercial seaport and business centre.

Rail: Mangalore is a major rail junction in South railway of India. The city is well connected to all major cities in India. Regular train services are there from Mangalore to Kochi, Chennai, Bangalore and Trivandrum.

Central Market: The Central Market, busy with buyers and sellers of vegetables and fruit, is located in the heart of Mangalore city, usually a bustling area. This is Mangalore’s main vegetable market. This market offers any variety of fruits; vegetables, provisions, flowers and all types of house hold articles.

The area houses from small petty shops to big super market malls. Electronics good are offered here at reasonable rates. Tourists fond of shopping are always fascinated towards this market.

There are a number of hotels and lodges are available in the Mangalore city. One can easily opt for the different ranges available here. These hotels also provide good delicacies to indulge on. We offer excellent accommodation facilities in and around Mangalore.