Kolkata, also referred as 'City of Joy' located on east bank of the River Hooghly, is a colonial city developed by the British East India Company and then the British Empire. The city was the capital of the British Indian empire till 1911 when the capital was relocated to Delhi. the city witnessed a fast rise as the second city of the British Empire in the 1800s accompanied by the development of a culture that was a coalescence of European philosophy with Indian tradition. The city was formerly known as Calcutta, is known as the Cultural Capital of India. 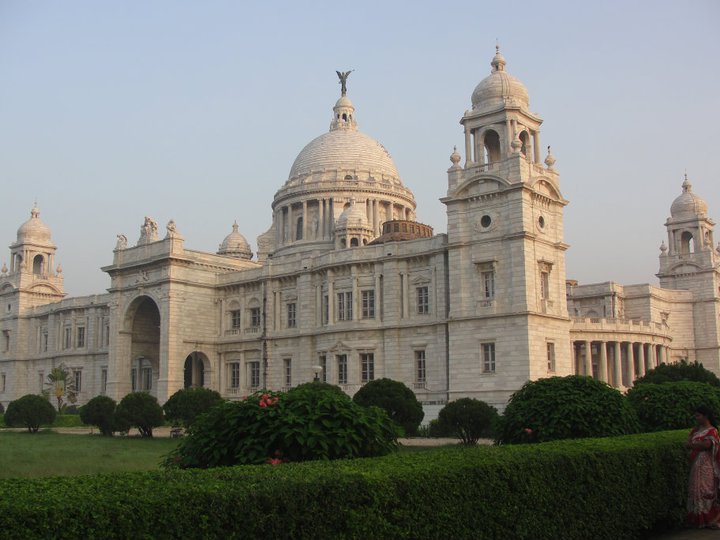 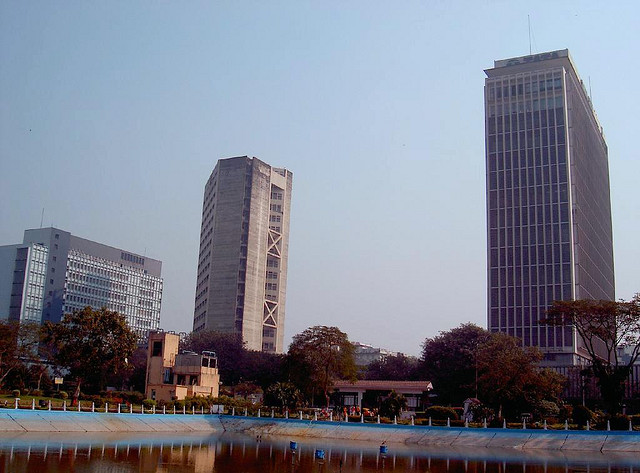 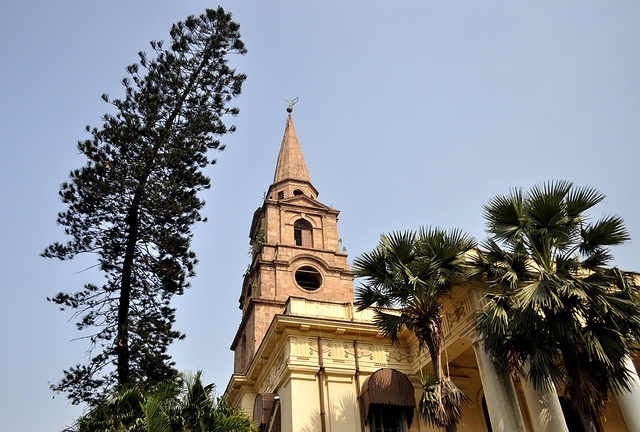 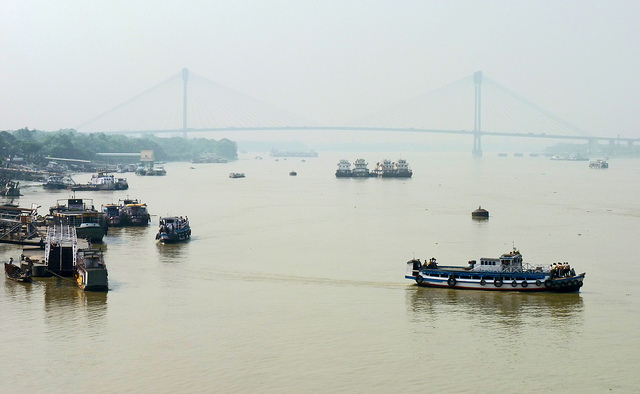 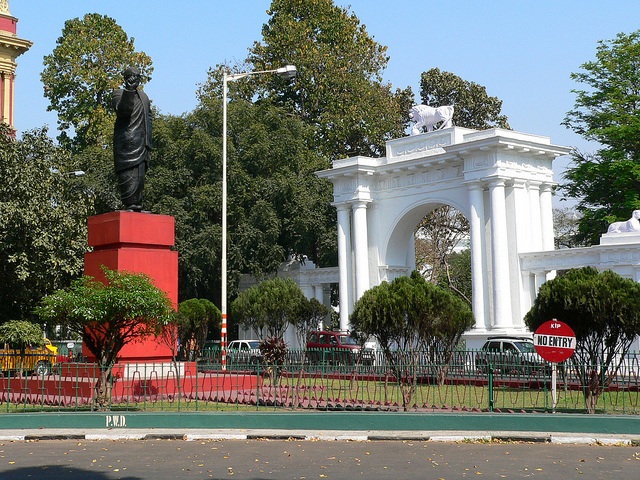 Kolkata city, one of the four metropolitan cities in India has a history of no more than 300 years. The city, formerly known by the name of Calcutta has undergone a sea change in a very short span of time. Kolkata as it stands today is the largest metropolitan city of India. The city has the distinction of being the procurer of many important movements encompassing politics, arts, literature, theatre, cinema, science and technology, in India.

There are more than one accounts of how the city got its name. According to some the name of the city has been derived from the Bengali word Kalikshetra, meaning the ground of goddess Kali. Yet others are of the opinion that the name has been derived from the term Kilkila, meaning flat surface in Bengali. The city was named Calcutta by the British Power and the place continued to be called so till 2001 A.D. when the city was officially renamed as Kolkata.

Kalikata or Kolkata city used to be a small village ruled by the emperors of different dynasties before the coming of the East India Company of British Power. From 8th century to 12th century there was a frequent change of the power ruling the village. The power shifted amongst the Pala, Sena and Deva dynasties. From 13th century to the concluding 17th century the place was dominated by a series of rulers including the Mamluk rulers, the Balbans, Shahs, Abyssinians and finally Afghans. With the opening of a factory at Cassim Bazar the East India Company established its colonial rule in the year 1690. The land revenue rights were bought by the East India Company and the region gained its own presidency. A fort was established and named after King Willam I. At that time Kolkata was not the capital of Bengal and the capital used to be Murshidabad, located some 60 miles north of Kolkata. The nawab of Bengal attacked the city in 1756 and captured the fort. The city however, was recaptured by the British in 1757 . After being victorious in the battle of Plassey in 1772 against Siraj Ud Daulah the East India Company established their base and the city became the capital of British India. The important offices were moved from Murshidabad to Kolkata. Till 1912 the city was the capital of India, when the British moved the capital to Delhi. In 1947 when India got its independence the city was included and made the capital of the West Bengal.

Air: Netaji Subhash Chandra Bose International Airport, located at Dumdum, is 17 km away from the heart of Kolkata. This airport is well connected to all major cities in India including north east capitals. Kolkata is a major international airport which is connected to many cities in abroad. Airport to the city center costs about Rs 400 by Tourist taxi car.

Rail: Howrah and Sealdah are two major railway stations in Kolkata. These stations are well connected to all major cities in India.

Metro rail system in Kolkata connects all the main junctions in Kolkata. It is the fastest way to reach the different parts of the big city.

Road: West Bengal state buses connect all parts of the state with Kolkata. The bus charges are less than Rs 2 per km. Deluxe and A/C luxury buses are available from Kolkata to various cities in the state and neighboring states.

For those who have value for their money, Kolkata can be describe as a paradise. All over the city there are a number of markets and shopping complexes where you can buy everything from A to Z. Visit New Market, one of oldest and most famous markets of the city, it offers shoes, clothes and several other items. Park Street, Jawahar Lal Nehru Road, Shakespeare Sarani, Camac Street, Chowringhee Road, Dakshinapan Shopping Complex and Russel Street area are other famous shopping spots of the city. Here you will find numerous eating joints, multi-cuisine restaurants, bookstores and music stores. Charnock City at satellite township of Salt Lake is an air-conditioned shopping complex and it houses a number of shops dealing in various items.

Kolkata can be described as a 'shopping paradise' for those who want the value for their money. There are many markets spread all over the city. From 'cucumbers' to 'cargos' and from 'shoe-strings to 'sarees' everything is available under one roof at this century-old market.

New Market, located on Lindsay Street, is one of Kolkata's oldest and most renowned Markets. During the annual 'Durga Puja', the area in and around New Market wears a festive look as people from different parts of the state and even neighboring states come to shop here. Park Street, the fashion street of the city and the arterial roads, JL Nehru Road, Shakespeare Sarani, Camac Street and Russel Street area are other happening spots of the city. Spacious shopping malls, food joints, music stores, bookstores and a host of multi-cuisine restaurants are situated here. Charnock City in Kolkata's satellite Township of Salt Lake is an air-conditioned shopping complex spread over three floors. Chowringhee Rd is an amazing variety of pavement vendors who sell everything from water pistols to dancing dolls. Dakshinapan Shopping Complex is one place that is a favorite with college students looking for clothes to fit their budgets.

Hotels in Kolkata offer you the traditional Bengali hospitality together with the modern amenities and advanced technological facilities. Most of the hotels in Kolkata, India are ideally located near the main business districts, shopping areas and tourist destinations, making it feasible for you to easily access any part of Kolkata with perfect ease, visiting tourist attractions in Kolkata or shopping in Kolkata.

No other city offers a dining experience as varied as Kolkata. Right from the restaurants at the five-star hotels to the roadside eateries, the city has everything from Indian to Chinese, and from Continental to Mughlai and of course authentic Bengali cuisine. 'Tea' has been a favorite pastime of the Bengalis for ages. They believe that anytime is teatime and enjoy tea in any form offered.