Kalpa, situated in the lap of Kinner Kailash peak, is a small town blessed with some of the most spectacular and beautiful landscapes. The place provides a clear view of the sacred Kinner Kailash peak as well as its sister peaks. It is a travellers paradise - lofty snow peaks, deep gorges, lush green valleys, fast flowing rivers, enchanting mountain lakes, flower bedecked meadows, beautiful temples and monasteries steeped in time. The place can be reached after crossing the quaint town of Recong Peo, which has a hundred-year-old monastery. 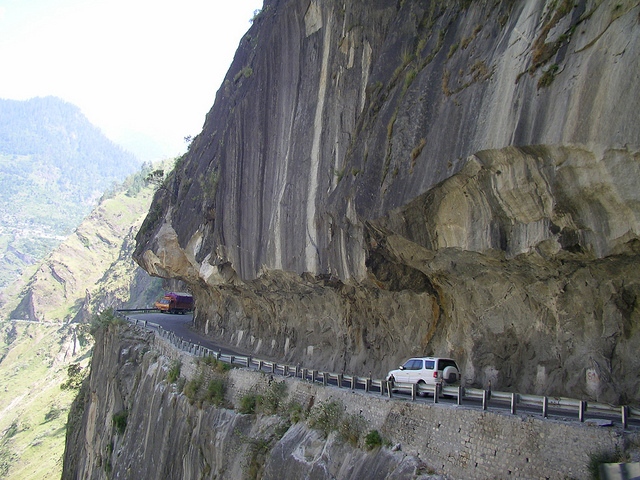 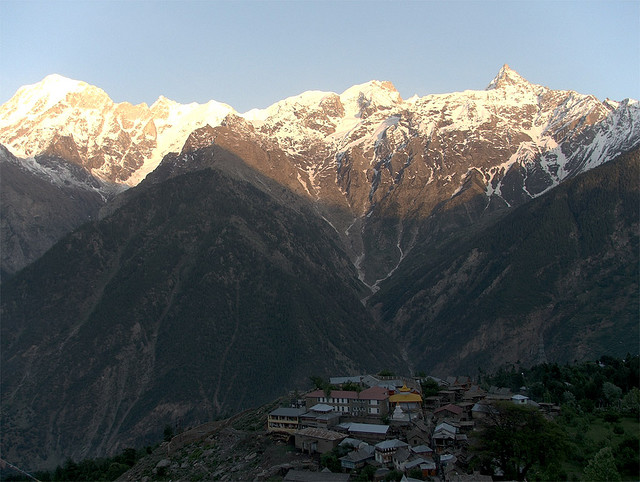 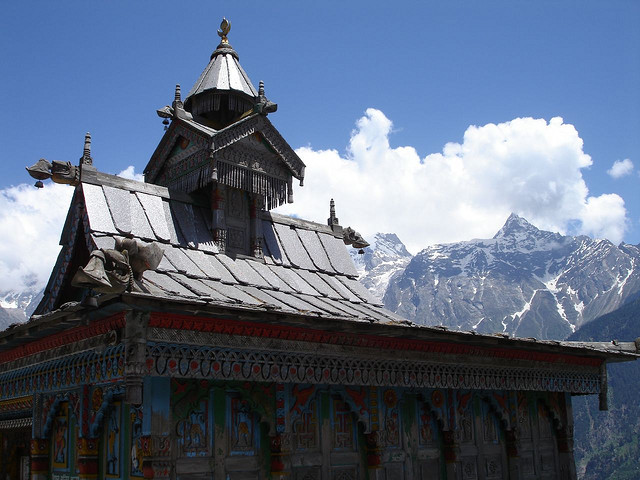 Ancient Indian texts like the Puranas placed the people of Kinnaur as halfway between men and gods. Other ancient traditions speak of the exile of the Pandavas and the time they spent in Kinnaur, an episode from the epic, Mahabharata. In verifiable history, Kalpa, like the rest of Kinnaur, was a part of the erstwhile princely state of Bushair. From their original seat in the village of Kamru, the rulers moved out to Sarahan that lies lower down the Satluj, and then to Rampur - which is built right on the banks of the river. In the early nineteenth century, when the Gurkha’s spilled out of the borders of nearby Nepal, they captured large tracts of present-day Himachal Pradesh. Bushair also fell into their hands and the infant ruler was scurried to safety in Kinnaur. With their growing power, the British intervened, the Gurkhas were expelled and the treaty of Sagauli was signed in 1815-16. Most of the original rulers were restored their seats, and the British presence in the area was firmly established.

Kinnaur relapsed into secluded splendor till the British Governor-General of India, Lord Dalhousie set about creating the ambitious Hindustan-Tibet Road in 1850. Dalhousie himself travelled to Kalpa, then called Chini, was enamored by the beauty and climate of the area.

With the coming of India’s independence in 1947 and the creation of the state of Himachal Pradesh in 1972, geographic isolation steadily eroded. Hydro projects, the spread of education and economic growth with scientific horticultural practices began bringing their own changes. Relaxation of the Inner Line Permits in the mid nineteen-nineties, Kinnaur was opened to tourism.

Air: Nearest Airport (267 km) and Railhead (244 km) is at Shimla. Shimla''s Jubbar Bhatti airport is the closest at 260 kms. From here make the 10 hour journey by road to Kalpa either by private taxi or bus.

Rail: Shimla is the closet railhead at 240 kms. Take a bus or hire a taxi to make the arduous but very picturesque drive up to Kalpa.

Road: The route is on NH - 22 (The Hindustan Tibet Road) which bifurcates to Kalpa from Powari. Buses and Taxis are available at Shimla and Rampur. One can also reach Kalpa via Manali - Rohtang Pass - Kunzam Pass - Kaza (400 km).

The visitors can buy Kinnauri shawls and caps from the Handicrafts Emporium in Kalpa. Kalpa has earned its name because of good quality Chilgoza, which grow over here in abundance.

Take home Kinnauri shawls and caps from the Handicrafts Emporium in Kalpa. Kalpa has earned its name because of good quality Chilgoza, which grow over here in abundance.

Some shops in Recong Peo sell handicrafts and souvenirs. Kinnaur's elaborate silver jewelery, shawls, caps and footwear can be purchased.

You have the option of staying in luxury at the Circuit House (with permits) or in Himachal tourism camps and privately organized deluxe tents. The hotel Kinner Kailash is the most comfortable accommodation available here and has all modern amenities as it has been recently built. However it remains closed in the winter between December and March as it is too cold and the water pipes all freeze.

Phulech Festival
The Phulech Festival is celebrated with great vigour in September/October. The local villagers collect flowers from the surrounding hilltops, and then offer them to the village deity and later these flower garlands are distributed among the people.