Kadapa, formerly Cuddapah, is one of the ancient and beautiful cities of the state which is surrounded on three sides by the Nallamala and Palakonda hills (part of Eastern Ghats). It has derived its name from Telugu word 'Gadapa', which means 'threshold'. Since the city acts like a gateway from the north to the blessed hill of Shri Venkateshwara, it was named as Kadapa. 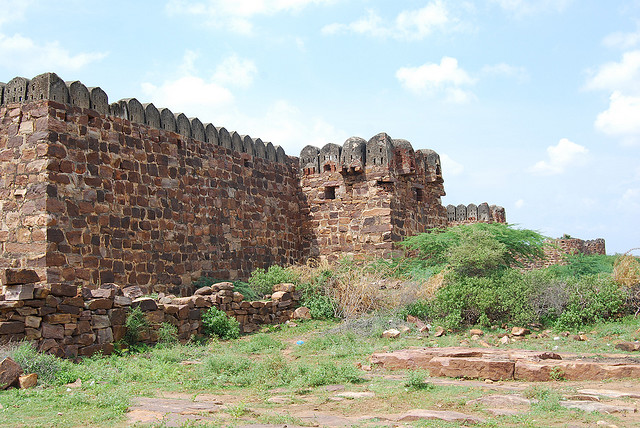 Kadapa city was a part of the Chola Empire from the 11th to 14th century. It became part of Vijayanagar Empire in the latter part of 14th century. The region was under the control of Gandikota Nayaks, governors of Vijayanagar for two centuries. The most illustrious ruler was Pemmasani Thimma Nayudu (1422 CE) (Pemmasani Nayaks) who developed the region and constructed many tanks and temples. Muslims of Golkonda conquered the region in 1565 CE when Mir Jumla raided Gandikota fort and defeated Chinna Thimma Nayudu by treachery[2]. Later the British took control of Kadapa in 1800 CE. Although the town is an ancient one, it was probably extended by Neknam Khan, the Qutb Shahi commander, who called the extension "Neknamabad".[3] The name "Neknamabad" was used for the town for some time but slowly fell into disuse and the records of the 18th century refer to the rulers not as Nawabs of Nekanamabad but nawabs of Kadapa. Except for some years in the beginning, Kadapa was the seat of the Mayana Nawabs in the 18th century. With the British occupation of the tract in 1800 CE it became the headquarters of one of the four subordinate collectors under the principal collector by name Major Munro. Relics of the rule of the Kadapa Nawabs are found in the town. Most prominent among these are two towers and the dargahs. The city has plenty of temples in and around the city and also has three churches. It has got lots of historical places to visit. Ontimitta is one of the famous place in Kadapa. Ontimitta is called as Yeka Shila Nagaram.

Kadapa, the lovely city of Andhra Pradesh, has loads of interesting places to visit. Be it archeological museums, prehistoric temples or the natural beauty, this historically significant city comprises many attractions that can mesmerize any beholder with their charm. On your tour to Cuddapah, you can glimpse the assorted culture of the city along with its lively people. Given below is information on the major tourist attractions of the city, which will help you in forming an itinerary for sightseeing tours.

Air: Cuddapah has its own airport, situated at a distance of 8 km from the city center. This airport runs a few flights, on weekly basis, from Hyderabad and Tirupati. Besides this, airdromes at Hyderabad, Chennai, Bangalore and Tirupati are quite near to the city. The further distance to be traveled for getting to the city can be covered by private taxis or state buses.

Rail: Kadapa Railway Station is located on the Chennai-Tirupati-Pune-Mumbai line. From Hyderabad, it lies about 405 km away and regular trains ply on this route. Though the city is not directly connected with the other parts of India by train, the stations at major cities within the state connect it indirectly.

Road: Cuddapah is connected with the major and minor cities of Andhra Pradesh by both state transport corporation and private buses. The cities like Hyderabad, Chennai, Bangalore, Tirupati etc are well connected with Kadapa.