Jhalong is near Dooars, situated on the banks of Jaldhaka on the way to Kalimpong. It is located at the foothill of Himalayas where one can see the real beauty of Himalayas.

(Jhalong is a village, which is located 99 km away from Siliguri in the Kalimpong subdivision of Darjeeling district in West Bengal. Situated on the banks of river Jaldhaka near the India-Bhutan border, this village is popular for its scenic beauty. The major attraction in the region is the Jaldhaka Hydro Electricity Project on the Jaldhaka River. This hydroelectric project is the first of its kind in India.

Considered as a birdwatcher's paradise, this village is home to several hill birds and migratory water fowl. Hill birds like kingfisher, brown dipper, redstart and laughing thrush can be spotted in this destination. Situated in the foothills of the Himalayas, the village is also popular among trekkers and adventure enthusiasts.

Another major attraction of the region is Bindu Dam, which operates water supply to the project and serves as a bridge for crossing over to Bhutan. Cardamom Curing Centre and Godak are the other major attractions in the area. The best time to visit Jhalong is during the post monsoon season, in October and November.

Bagdogra Airport is the main gateway to the destination. This airport serves regular flights from Indian cities like Bangalore, Delhi, Guwahati and Chennai, to name a few. The main railheads for reaching the destination are New Jalpaiguri and Siliguri Railway Station. 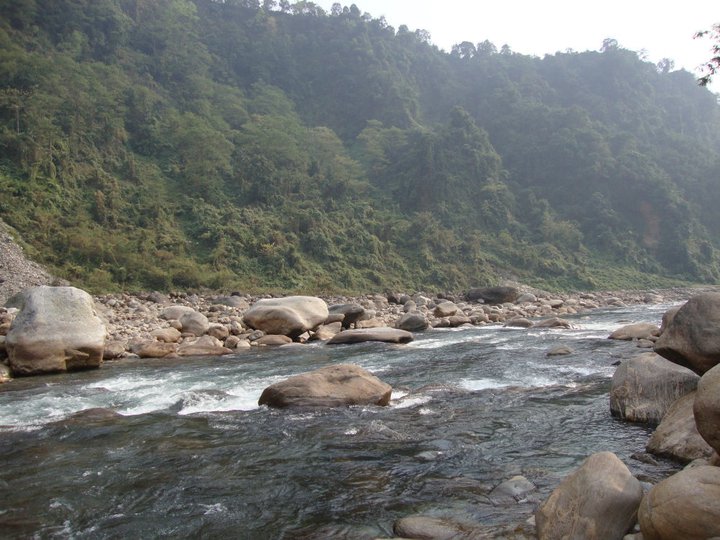 Location
99 km away from Siliguri
Unexplored