Hooghly is one of the resourceful districts of West Bengal, which was established in 1795. This 500 years old district is bordered by Barddhaman district in the north, Bankura in the north-west and Medinipur in the south-west.

Hooghly town was a river port during the 15th century. This district has rich heritage, with the great Bengali kingdom of Bhurshut. Vasco da Gama was the first Portuguese sailor to reach this district.

In 1536 Portuguese traders obtained permission from Sultan Mahmud Shah to trade in this district. The Hooghly River at that time was the main route of transportation. Eventually, the river became one of the most commercial and largest ports of Bengal.

In 1579-80 Akbar gave permission to a Portuguese captain, Pedro Tavares, to establish a city. Thus, Hooghly came into existence as the first European settlement in Bengal. In 1599, the Portuguese traders built the first church in Bandel, known as Bandel Church.

The Portuguese were later defeated by Qasim Khan Juvayni, the then ruler of Bengal Province. The Dutch, Danish, British, French, Belgians and the Germans followed the Portuguese. Chuchura (Chinsurah) was under the Dutch control, while Chandannagar served as the French base from 1816 to 1950. In 1690, the centre for British trade shifted to Calcutta.

Hooghly is an industrially and agriculturally rich district of Bengal. The first printing machine here was established in 1778 and a Bengali version of a grammar book was the first printed book.

Jagadhatri Puja is the principal festival celebrated here. Durga Puja being the principal festival of Bengal is also celebrated in a grand manner in Hooghly. The main fair Mahesh is held on the occasion of the Ratha Yatra. Along with these celebrations, there are many tourist attractions like Tarakeshwar, Bandel Church, Pandua Bari Mosque, Imambara, Chandannagar Museum and Indo-French Institute.

The best season to plan a trip to Hooghly is in the month of October as the weather is mild and ideal for sightseeing. Moreover, during festivals like Durga Puja, Jagadhatri Puja and Ratha Yatra the city is thronged by tourists. 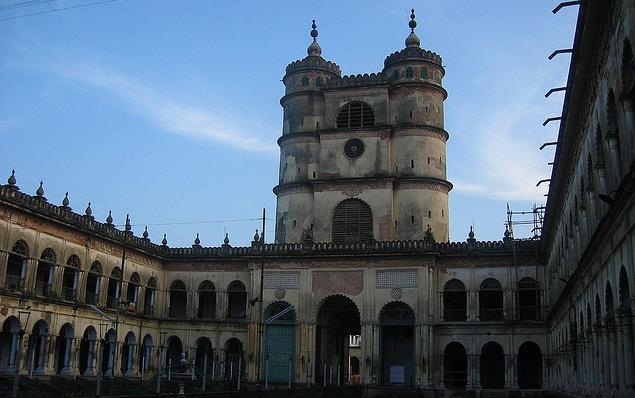