Chanderi, famous for its hand-woven Chanderi sarees, is a town of historical importance, surrounded by hills, lakes and forests and there are several monuments of the Bundela Rajputs and Malwa sultans. It is located strategically on the borders of Malwa and Bundelkhand. It is also a renowned centre for traditional weavers of Chanderi saree. 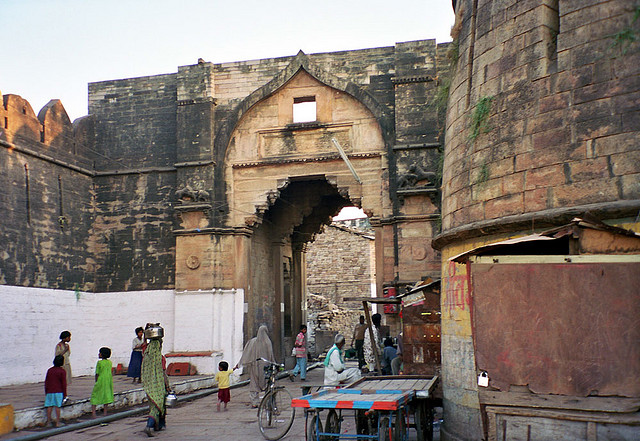 Chanderi is a town of historical importance, surrounded by hills, lakes and forests. Chanderi finds its mention right from the Mahabharata period. Shishupal was the king of Chanderi then. The historical data and archaeological evidences yield that the area was under the rule of various dynasties in succession, viz. Maurya, Sunga, Naga, Gupta, Pushyabhuti and Pratihara.

The documented history of Chanderi goes back to the early 11th century and is a kaleidoscope of movement and activity prompted by its strategic location.

As with almost every place in India, there are two versions about the birth of Chanderi. One, a legend that connects it to some Hindu deity and the second, a well-documented record of how it was actually founded.
If one turns towards archaeology, one finds no proof of Chanderi’s early origin. But legend associates Budhi Chanderi (9km from the present day settlement) with Chandra Vasu, a friend of Indra (the king of gods), and Shishupal, the legendary contemporary of Krishna (an incarnation of Lord Vishnu).

A later descendant, Raja Kurmadeva, is believed to have founded the modern town. The story goes that the king, who was a leper (remember Suraj Sen who founded Gwalior?), was cured by water from a spring near Chanderi. He built the Kurmeshwar Tal (the same as the present day Parmeshwar Talab) in appreciation and moved his capital here.

History however demands more substantial proof than legend. As far as evidence goes, Chanderi was definitely alive and kicking in the 11th century. On the border of Malwa and Bundelkhand it served as a stopover for passing traders and caravans as it lay along the trading route to Gujarat, Mewar and the Deccan. Soon Chanderi came to be prized for its trade and military importance.

Fair of Jageshwari Devi
This fair held annually in Chanderi is believed to be more than a thousand years old. The story goes that the ruler of Chanderi, a great devotee of Jageshwari Devi, contracted leprosy. The Devi commanded him to meet her at a particular spot after an interval of 15 days. The impatient king ran to it on the third day itself. Though he was cured of leprosy he could not see more than the goddess’ face. Since that day a fair or mela dedicated to the goddess is held here.