Amarkantak, also called 'Teerthraj' (the king of pilgrimages), is well known for its religious background and for the holy atmosphere, which is laden with various mythical stories. The place is located at the point where Vindhya and Satpura meet and is regarded as one of the sacred place where the Narmada River, the Sone River and Johila River emerge. The place is not only important as mythical stories and background, but one of the attractive places as the beautiful scenic beauty catches the eyes of the nature lovers. Internationally acclaimed as a natural heritage zone, the dense forests of Amarkantak depict a unique ecosystem. 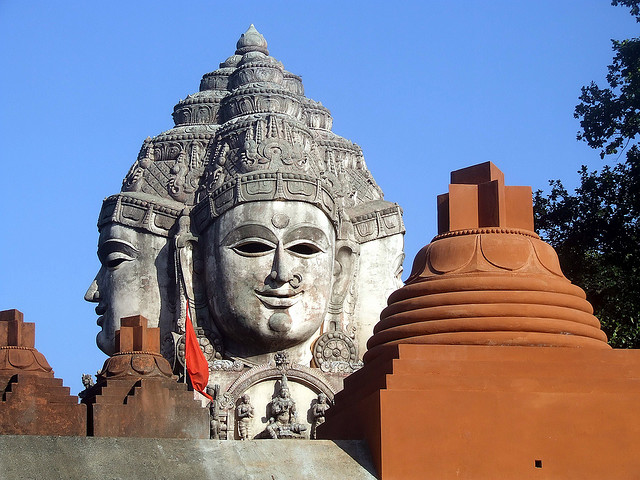 Amarkantak and rivers originating from it do not find mention in Vedic literature, but these have been mentioned in Puranas, Ramayana, Mahabharata, Vashishtha samhita and “Shatapatha Brahmana”. After Mahabharata the history of a period of about 3000 years is in dark. Professor Arjun Chaube Kashyap concludes that the Puranic name of Amarkantak was Riksh parvat. About 6000 years back the Suryavanshi samrat Mandhata founded a town in the valley Riksh parvat and named it Mandhata. The queen of samrat Purukutsa, who was son of Mandhata, gave the title of Narmada to the river. Due to occupation of this area by Mandhata the descendants of Yayati moved from this area to west of Madhya Pradesh and settled on the banks of Narmada River.

According to tradition, this Vindhyachal area was included in the Kingdom of Ayodhya, Kapila Muni, Bhrigu Rishi and Markandeya Rishi had ashrams here. It is also said that Pandavas stayed here and gained spiritual benefits during their exile.

After about 3000 years of Mahabharata the Adi Shankarachrya was born in 788 AD and consecrated on the banks of Narmada River. He founded Pataleshwar Mahadev in Amarkantak at the origin of Narmada from the bamboo clumps. This place is known as Surajkund today. There is no bamboo clumps here now.

In more recent history, this area was given in dowry to the Kalachuri King by the Chedi King (10th to 11th century AD). The Kalchuri Maharaja Karnadeva (1042-1072 AD) had constructed temples at Surajkund. In 1808 Amarkantak was ruled by the King of Nagpur and later came under foreign rule. More recently, amarkantak selected by the UPA government as the place for India's first tribal university.

Rail: There are state owned transport buses from Pendra Road, Shahdol and Bilaspur. Amarkantak is connected by buses to Jabalpur (245 km), Rewa (261 km) and Shahdol (67 km).