Wokha, lies at the foot of the Wokha Hills, is identified as the land of oranges and pineapples and acts as home for the Lotha tribe of Nagaland. It is a trade and agricultural centre for the surrounding Naga Hills. It is also known for its mountain ranges and rivers and the tourists can enjoy the amazing views of the Baghty and Tehurang Valleys.

Wokha is famous for its shawls, which are handcrafted by the tribal people. 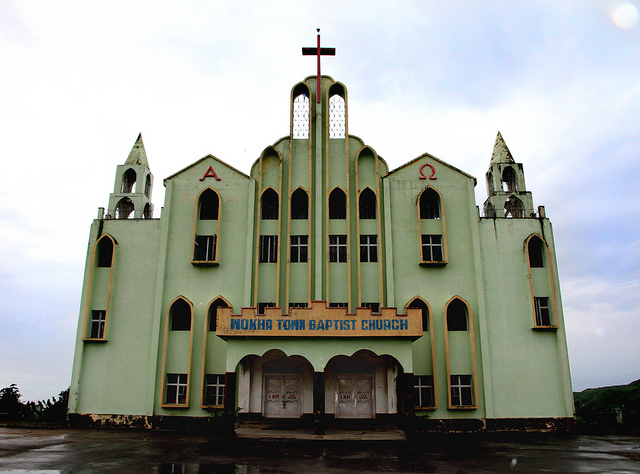 By Air: The nearest airport is at Dimapur. Indian Airlines operates Boeing services from both Calcutta and Delhi every alternate day. Guwahati and Imphal are also connected to Dimapur by air.

By Rail:The nearest railhead too is Dimapur, and the Northeast Frontier Railway runs a number of trains from Dimapur to Guwahati. Guwahati is in turn well connected to the rest of the country.

By Road: Nagaland State Transport runs buses from Dimapur to Kohima and the journey takes around 4 hours. From Guwahati, one can find a number of luxury private buses. Taxis and mini-coaches are also available, albeit at slightly exorbitant rates, from Dimapur.