Udayagiri is a Buddhist complex in Orissa comprising of major stupas and monasteries (viharas), similar to Ratnagiri, and together with Lalitgiri and Ratnagiri part of Puspagiri University. As per epigraphical artifacts found here, its historical name was “Madhavapura Mahavihara. It dominates a prime position in eastern India in the fields of history, rock-cut architecture, art and religion. 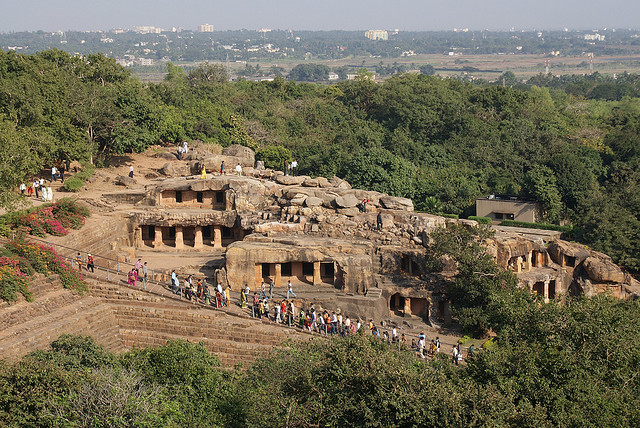 The history of Udayagiri is quite latest as not much of it is known before the 14th century. The city was the capital of Langula Gajapati, who was the chief of the Gajapatis of Orissa. In the year 1512, the town came under the rule of Krishna Deva Raya, the ruler of the Vijayanagar dynasty. During his reign the entire city was fortified with walls all around.

The fall of Vijayanagar Empire paved way for the Golconda rulers, under the leadership of Sultan Abdullah, who built two mosques and a garden here. The city further went to the control of the Nawabs of Arcot, who ruled here till 1839.

By Air: Biju Patnaik airport at Bhubaneswar is the nearest airport to Udaygiri, which is nearly 90 km away from the heart of the Udaygiri city.

By Rail: Nearest railhead is Ratnagiri (Orissa). Ratnagiri is a major railway junction.