Sundarbans National Park was proclaimed as the core area of Sundarbans Tiger Reserve in 1973 and is declared wildlife sanctuary in 1977. It was adorned on the UNESCO World heritage in 1987 and the Sundarbans region as a whole was announced in 1989 as Biosphere Reserve.

Sundarbans National Park is the leading mangrove forest in the world, containing majority of mangrove types identified in the world and these grow up well in the Sundarbans. There are many varieties of plant species, nearly 64, with the capacity to withstand extreme conditions and salty shower on account of tidal effects. Some of the more commonly found plants and trees in the park are Goran, Genwa, Dhundal, Garjan, Kankra, Sundari and Passur.

The Sundarbans forest is home to more than 200 tigers. The Royal Bengal Tigers have developed a unique characteristic of swimming in the saline waters, and are world famous for their man-eating tendencies. Some of the more popular birds are also found in this region. The Sundarbans National Park houses an excellent number of reptiles as well. The species that are declared as endangered lives protected within the Sundarbans, including Batagur baska, Royal Bengal Tiger, King Crabs, Olive Ridley and Turtle.

One can enjoy wildlife safari by boats floating down through the various lanes formed by the many flowing rivers and can have a close look at the most impressive wild animals. This is a place for an adventurous tourist not to miss. 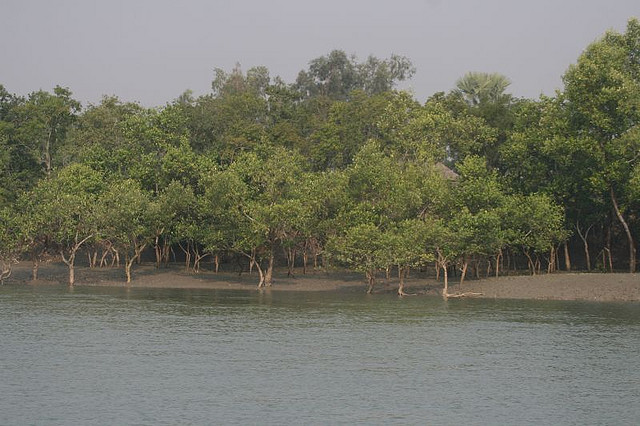