A glittering edifice in the entire history of Indian subcontinent, Nalanda University boast of a rich tradition that had gained accolades from world wide. This renowned institution of the 5th century had been established under the patronage of the Gupta rulers.

Though the University was a Buddhist center of learning, it imparts thorough education to its students on various subjects. Brahmanical subjects, philosophy, grammar, sanskrit, theology, astrology, medicine, mathematics and tantric studies were the main subjects of the curriculum. It is just like the modern residential school pattern where the institution took care of the needs of the students and excavations in Nalanda reveals that the students shared a common mess.

Hiuen Tsang, the great Chinese scholar records Nalanda as an affluent built-up university with over 10,000 monks and 1,500 teachers. A lofty wall with one gate and six stored Sangharama buildings marked the university. Other important structures were the haughty pinnacles, a white palace, Ratnasagar, Ratnodadhi and Ratnaranjaka.

Nalanda gave equal importance to fine arts, which is explicit from the portrayal of Jataka stories and other images on the walls of the monastery. 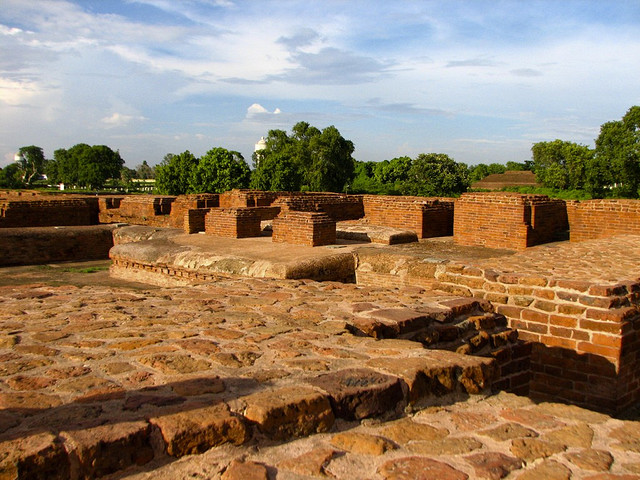 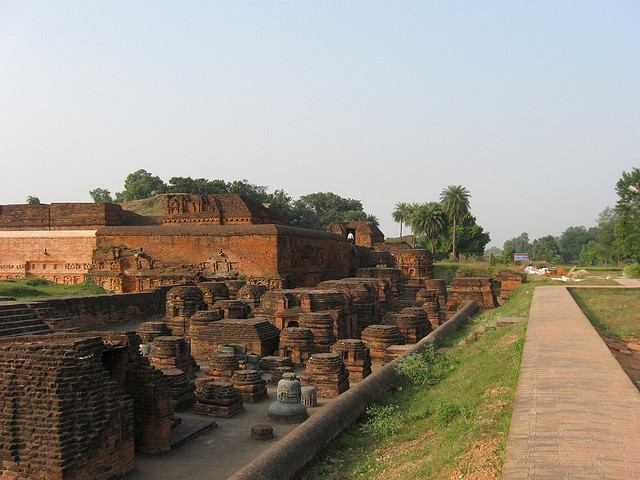 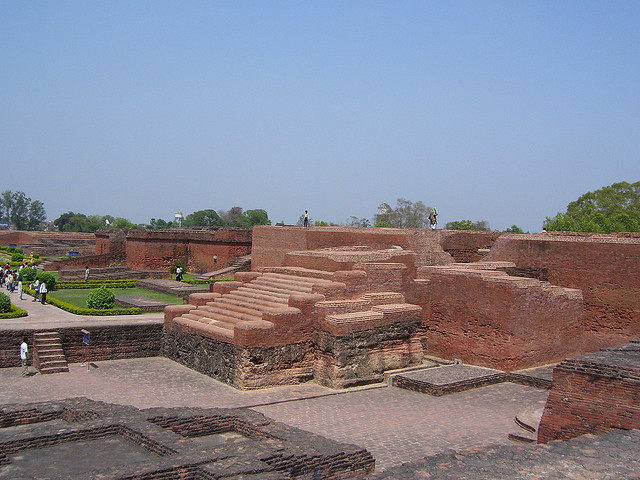