Vellore Fort, built by the Nayakar chieftains of the Vijayanagar Empire is completely built of granite blocks. It was built in the 16th century and frequently exchanged hands between various strong empires. But still it holds an aura about its personality that is inferior to none. The fort is now promoted by the state government as a historical tourist destination. This is the main attraction of the Vellore city and sees the maximum number of foot falls to any attraction in the city.

Vellore Fort built in 16th century by Sinna Bommi Nayak, a vasal chieftain under the Vijayanagar kings, Sada Sriranga Maharaja. It is constructed of granite blocks and surrounded by a moat which is supplied by a subterranean drain fed from a tank. Later, it became the fortress of Mortaza Ali, the brother-in-law of Chanda Sahib who claimed the Arcot throne, and was taken by the Adil Shah sultans of Bijapur. In 1676, it passed briefly into the hands of the Marathas until they, in turn, were displaced by the nawab, Daud Khan, of Delhi in 1708. The British occupied the fort in 1760, following the fall of Srirangapatnam and the death of Tipu Sultan. 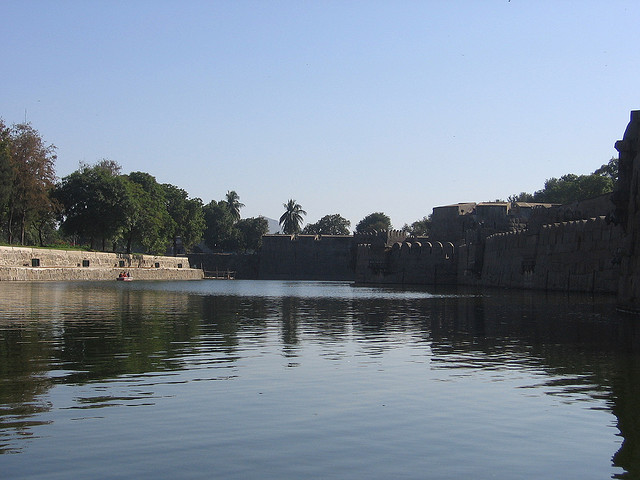