The Sariska National Park is definitely larger than many other Project Tiger Parks in India however, it's the non commercialized aspect of the park that haps in retaining the charm of this natural abode. Covering an area of more than 850 sq km, the park boasts of a core area stretching upto more than 450 sq km. The skyline reverberates with the presence of the Northern Aravali Hills and their arrogant mixture of rocky cliffs and snake winding valleys. Declared a sanctuary in 1955 Sariska became actually came into existence as a National Park in 1979. The sanctuary is one of its kinds and one ride within the park is good enough to provide the evidence of existence of an amazingly divergent animal and bird kingdom species.

Sariska National Park is positioned approximately 200 kms from Delhi and 107 kms from Jaipur. 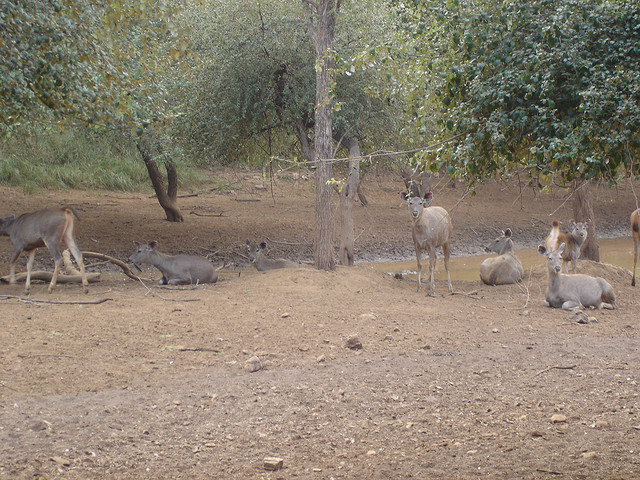