The Royal Center area of Hampi is totally different from other regions, as there many curved boulders littering, most have been used to create amazing propagation of brilliantly executed walls of stone. Royal Enclosures attract the tourists with its stone-walled enclosures.

Royal enclosures include the Lotus Mahal or Zanana Enclosure and the Elephant Stables. Zanana Enclosure is a delicately planned pavilion in a well protected compound, meant for royal women. Royal Enclosure also comprises some of the Hampi temples - one being an underground temple, and the secretly constructed Queen's Bath.

Elephant Stables: Legendary Elephant Quarter, the stables, a building which is dome shaped served as the quarters of the royal elephants, is situated nearby the Zenana Enclosure. These stables are ancient monuments, constructed as long structure with resting places for the royal elephants.

There are a total of eleven domed tall chambers, out of which the center one is particularly decorated and big. This was supposed to be for the musicians and the connected band troupes to perform the talents during celebrations involving royal elephants. The metal hooks, which are used to knot the elephants, in the interior roof is still visible. The mahouts enter the elephant compartments through manholes located at the rear of each hall.

Queen's Bath: Queen's Bath, located in Royal Enclosure, is a rectangular building with the long veranda inside approaching a square tank of 6 feet depth from all sides. This is considered as the Royal bath, where the king and his wives had their baths.

It's believed that water in the tank was filled with perfumes and fragrance flowers for the royal family. Outside the Queen’s bath lies the pond encircling the building. Bridge like structures are seen at some points where one can cross the pond. The building is designed such a way that intruders could be prevented from walking into the place where the royal women take their bath.

The architecture of the bath is in the style of Indo-Saracenic and seems to be bit Islamic style than the Hindu style. Presently, as many other sites in Hampi, it is in ruins.

Zanana Enclosure: The Zanana Enclosure, or the women's quarters meant for solitude rather than protection, is an early form of high-walled relaxing places. It is said that the queen and king's companions lived here.

There are four significant structures inside the enclosure; the largest is Queen's Palace, which is in a ruined state present. Two buildings served as watch towers are placed in the north and south-east of this enclosure.

The architectural manner of these watch towers tells that these were used by the ladies for viewing proceedings occurring outside.

Lotus palace, a pretty monument located in this area, is supposed to be the Zenana Enclosure. The two-storied palace looks like a lotus and is assumed to be the meeting place for the royal women folks. Its architecture shows a display of Indian and Islamic influences.

The stepped tank of 15th century within the Royal Enclosure of Hampi is one of the very ornate and proportionate in terms of design. This square tank built using black chlorite schist measures about 22 meters in square. It is 7 meters deep. 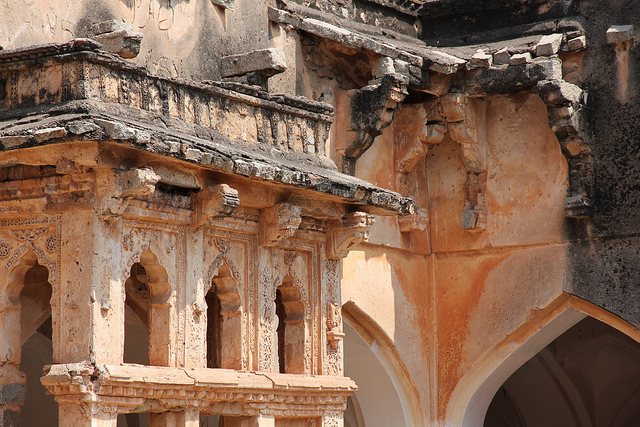 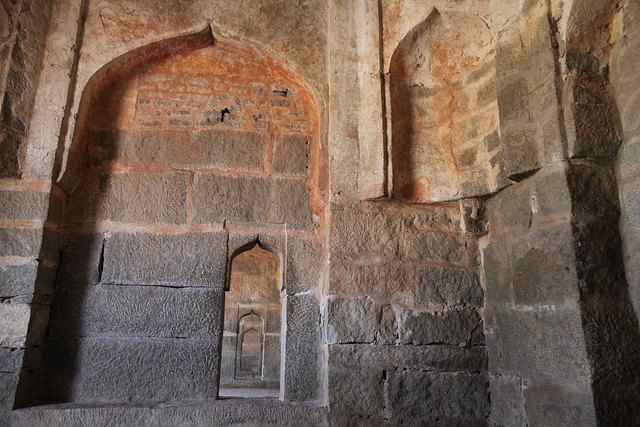 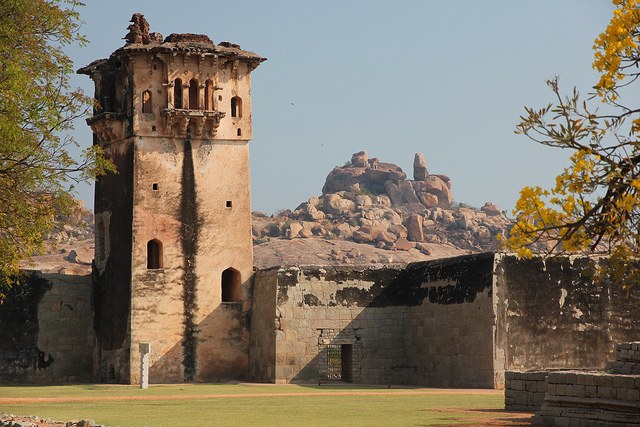 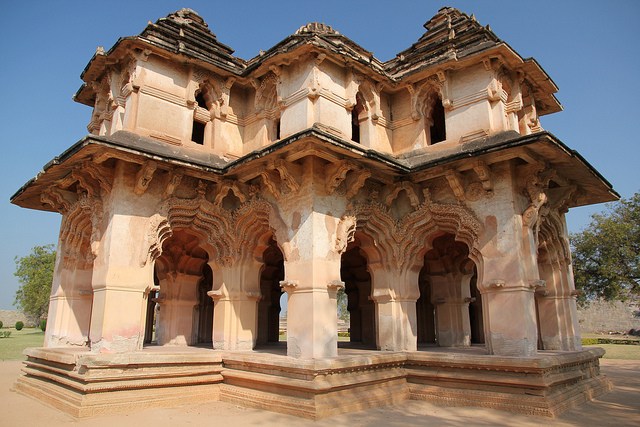 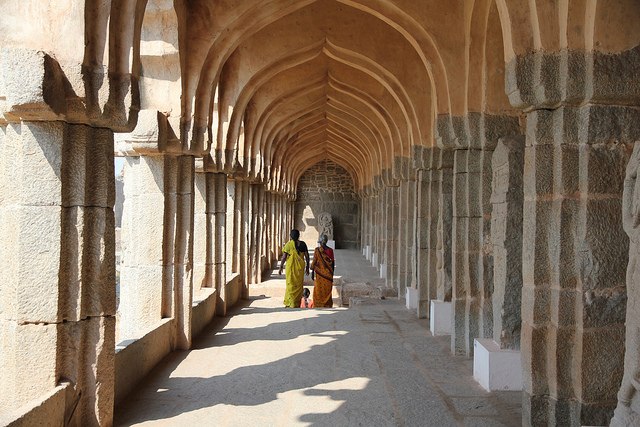 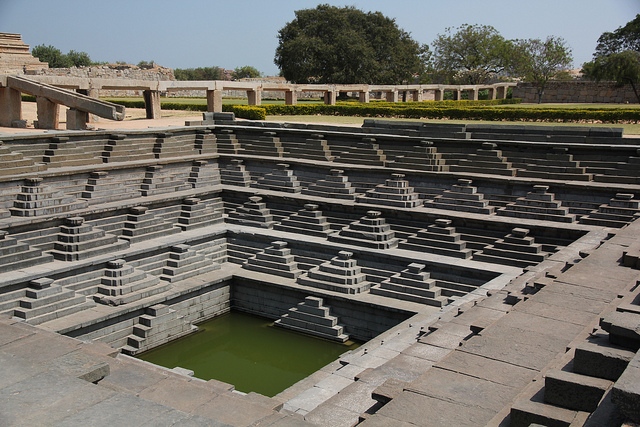