Located atop of a hill, the Rathambhore fort holds a bloody but brave history of the legendary Rajputs. Constructed in 994 AD, this fort encompasses massive gate, lofty walls, tanks and temples. Its strategic location and finest structural designs with safety measures makes it an impregnable one. This mighty fortress of the Rajputs holds an amazing legend that says that the fort was constructed as a token of gratitude to Lord Shiva. However, Rathambore fort is famed as the first ever place where the women practiced Juhar in order to protect themselves from the intruding army of the Persians.

The fort is constructed in such a way that even though the enemies besieged the fort, they could not make an easy access. Its four colossal gateways are so strong that it could not be rammed with herds of elephants. The only entry to the fort is through this lofty gateway that encompass so many defense mechanisms. Now the interior of the fort is almost empty except that of the two temples in the name of Lord Shiva and Ganesh.

Though only a remnant of the bastion is left, its historical significance makes it one among the popular destination where scores of tourists frequents. 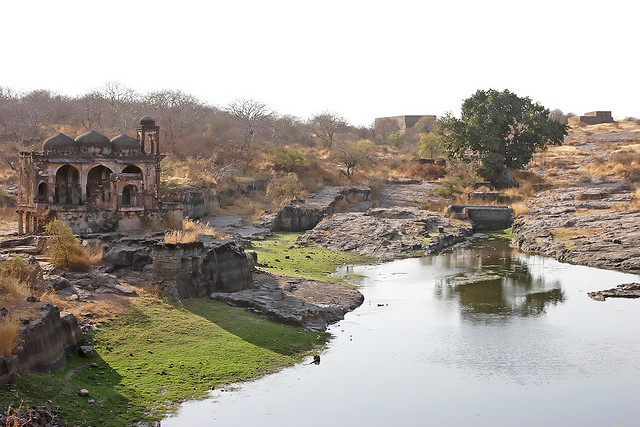