Panna National Park is home to some of the best wildlife species in India. It is close to the world heritage site of Khajuraho, which you could also include in your itinerary. Spread over 543 sq Km of rugged landscape, scrubby vegetation, gorges, forest patches and plateaus, Panna is one of India's best tiger reserves. The Ken River which flows through the park is the main source of water for the wildlife, and breaks into breathtaking waterfalls. More than 20 species of mammals and 230 bird species inhabit Panna National Park. Besides wildlife, the small town of Panna is also famous for its diamond industry.
Panna National Park, situated in Panna District in Madhya Pradesh, encloses one of the best Tiger Reserves in the country and the youngest reserves. It is said that the thick forests in this Park were the place of living for Pandavas, the legendery heroes of the Epic Mahabharatha, during their exile.
The park, established in 1981, is having a wide area of 543 sq km. The park, dense deciduous forests, has amazing wealth of wild life including wolf, sambar, chinkara, chital and sloth bear apart from the Tigers.
Highly attractive tourist lodges and tree houses are specialty in the Park. The January to May is the best time to visit the park. 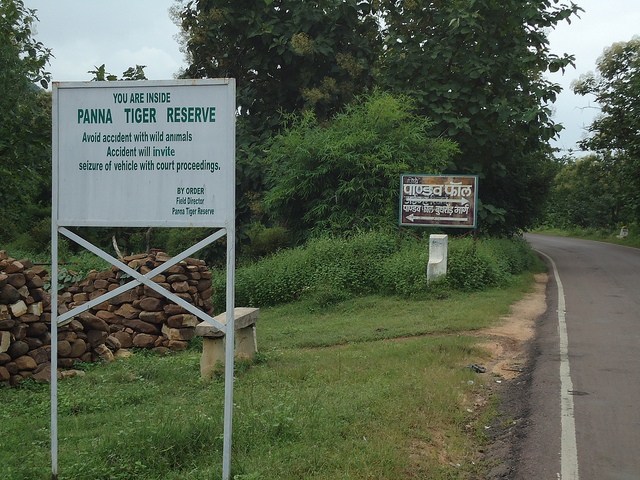