Nagore Dargah is an important and revered pilgrimage place in Nagore. This Muslim shrine is dedicated to Meeran Sahib Abdul Qadir Shahul Hamid Badshah. This dargah attracts thousands of devotees all through the year. The structure of the Dargah is attractive with domed arches and lovely minarets. The largest tower has a height of 131 ft and is known as ‘Periya Minara’. There are five minarets and a water tank known as Peer Kulam. It is believed that the water in this tank has curative powers.

Irrespective of religion, caste and creed, people visit this Dargah and it is an amazing place where real secular feeling exists. Harmonious living of various communities is a remarkable feature in this Dargah. There are three Nagore Dargah shrines located at Nagore, Vanjur and Silladi. The prime shrine and major campus is at Nagore. The tombs of Meeran Sahib, his son Syed Mohammed Yusuf and Saeeda Sultana Biwi, the daughter in law are seen in a golden dome building in the complex. 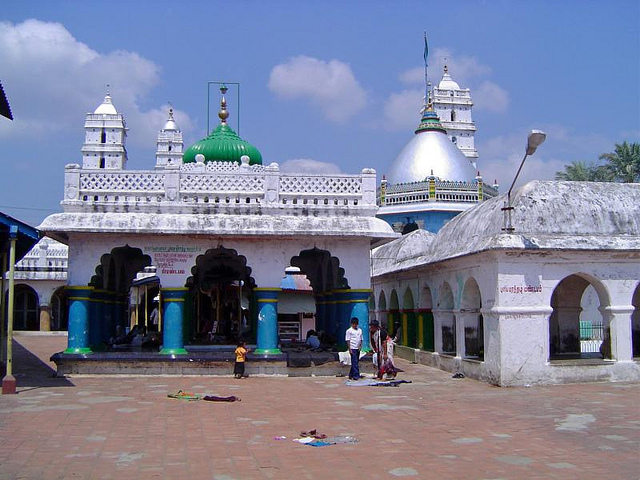