Nandi, the monolithic bull, is one of the grandiose wonders in Hampi. This bull is locally known as Yeduru Basavanna, the ride of Lord Shiva. At the east end of Hampi bazaar, this bull is placed like a guard.

The sculpture is placed in a two storied pavilion constructed on a high platform. It is placed in the background of a heap of mammoth boulders.

Though partly ruined and mutilated and engraved in a crude style, this Nandi attracts lot of tourists, thanks to its giant size. At a little distance in front of the Nandi, there is a big stone lamp station with metal spikes over it. 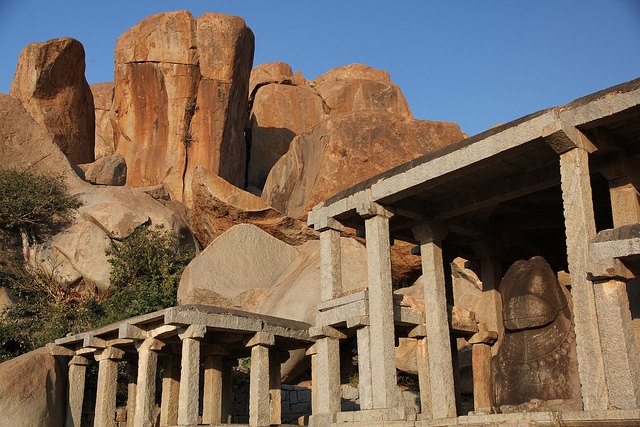 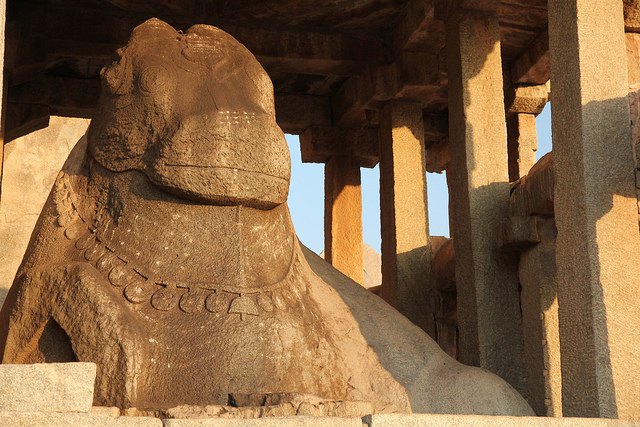