Some centuries ago it was situated on the confluence of the rivers Ganga and Son, and river Saryu joined it from the north. The remains of an old time fortress on the bank of the channel of the Son reminds one that Maner was a strategic point in ancient times. It appears as if it were the western gate of Patliputra in the Mauryan times. It is famous for its Bari and Choti Dargah, sacred to the memory of the Sufi Saint Hazrat Makhdoom yahya Maneri of the 13th century.

The Tomb of yahya Maneri lies in a mosque to the east of a large tank, with masonry walls and ghats, and pillared porticos, which is connected with the old bed of the Son by a tunnel, 400 feet long. The tomb is situated in an enclosure half filled with graves and ancient tress, on the north and west of which are three domed mosque and some quaint little cloisters build by Ibrahim Khan. It has been from a very early date, a place of pilgrimage being visited among others by Sikandar Lodi an Emperor Babar (1520-30).

It is one of the most popular mausoleum in eastern India for pilgrimages. 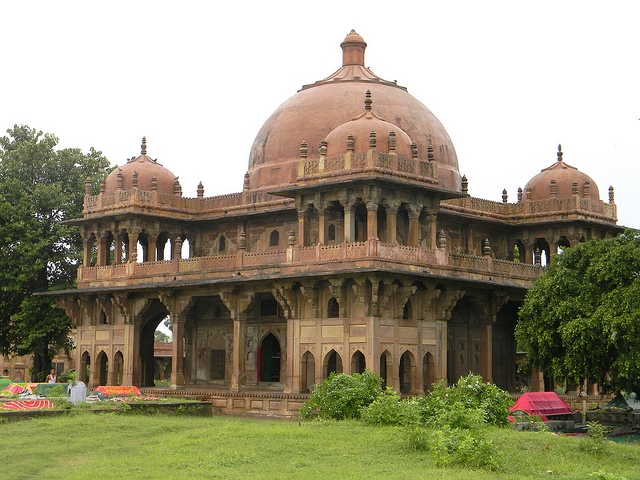