It you are an avid golfer, you will be interested in what the honorary secretary of the KGC writes, “The Kodaikanal Golf Club was first started in 1895 by a handful of dedicated golfers. To start with there were only 9 holes and the putting surfaces were browns, In the early fifties it was extended to 18 holes and 1986 the putting surfaces were relaid with greens.
“The course itself is situated on verdant green slopes and hollows at an elevation of about 7000 ft. A golfer teeing early in the morning is more than likely to come across herds of wild bison or gaur. Otherwise wild boar and barking deer are plentiful. However the only danger to the golfer are the monkeys who often pick up the unwary golf ball and smartly run up a tree!

“While the club is run by its members for its members, tourists and other non-members are allowed to play, by either becoming temporary members or by paying the required green fees. The only proviso is that they have a handicap or required to take lessons before the are let loose on the course.” 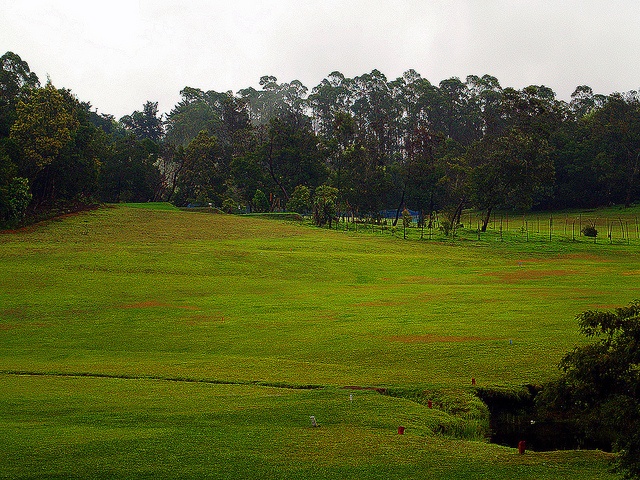