Jonha Falls is situated on the Purliya Highway which lead to the village of Jonha. The waterfall is a popular picnic spot near the Kanchi river, surrounded by a rich variety of flora and fauna. A temple of Lord Gautam Buddha is situated nearby thus the falls are also called as Gautamdhara. The road leading to the falls is narrow and one has to descend 500 pared steps if one wants to admire the falls.

Jonha Falls, also known as Gautam Dhara named after Gautam Buddha, is a beautiful water fall in Kanchi River. Nearby falls attracted by tourists are Sita falls and Dassam falls. The picturesque surroundings are marvelous and one can step down nearly 500 steps to admire the beauty of the Johna falls.

There is a tourists Rest house which encloses a beautiful Buddhist shrine with deity as Lord Gautam Budha. The falls area is covered by a unique type of forests and the lusting greenery adds the attraction of the fall site. A nearby Chamghati valley is attracted by tourists due to its pristine beauty. A fair organized in Jonha on every Tuesday and Saturday is a major draw of local tribal and non tribal people. 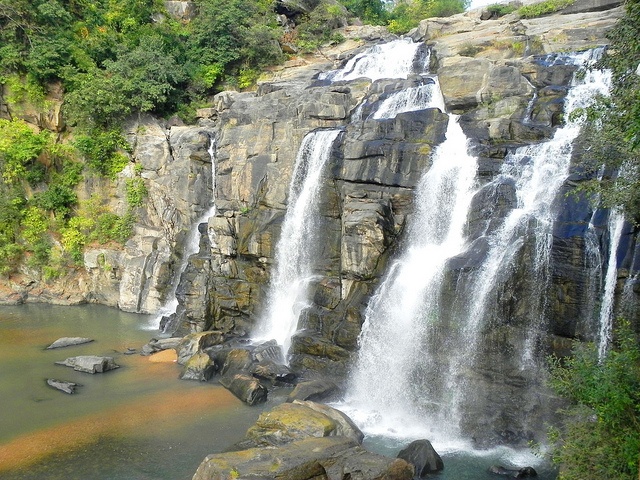