Jalakanteshwara Temple was built in the year 1550 A.D. The temple is a small architectural wonder of Vijayanagar. The temple is within the fort complex and the walls of the temple are full of carvings of Nandi and small gopuras. You will find amazing work in the corridors as well. The temple was considered a masterpiece at the time of its construction and now it has become a marvel on this land of Vellore.

This temple, built around 1550 A.D, is still a gem of late Vijayanagar architecture and is a popular place of worship. This ancient temple is named after Jalakanteswara, or “Lord Siva residing in the water.” Its pillared mandapam, famed for its sculptures is considered a masterpiece of it's time. This temple is located in the Vellore Fort, near the north wall of the fort. 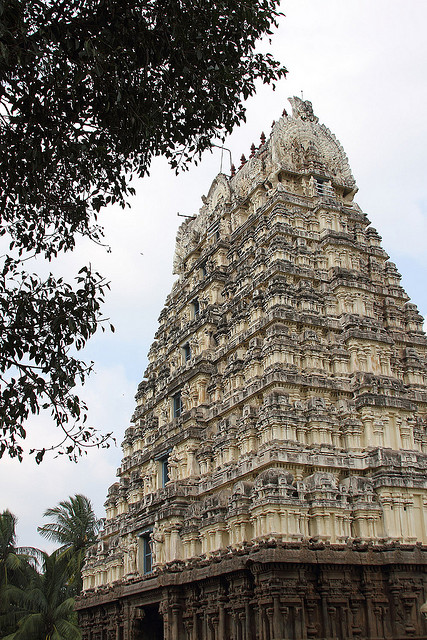