To the West of the Dal Lake, on the mount of famous and natural wonder Hari Parbat, an ancient Mughal Fort known as Hari Parbat Fort is located. This historical fort is assumed to be built during the 18th century by an Afghan Governer, Atta Mohammad Khan. A long stretch of walls is seen around the hill and was constructed in 1590 by the great Mughal Emperor Akbar.

Archaeological department is maintaining this fort and is an attractive historical monument of Srinagar. State Archaeological Department issues the required permission to visit the fort. Other attractions nearby are Lalmandi Square and Sharika Devi Temple.

The hill is considered sacred to the Hindus due to the presence of temple of Sharika, which is believed to be a form of goddess Durga or Shakti. The wall around the hill was built by Akbar in 1592-98 AD. The hill is surrounded by almond orchards, which make a lovely sight during April when the trees blossom, heralding the advent of spring in Kashmir. 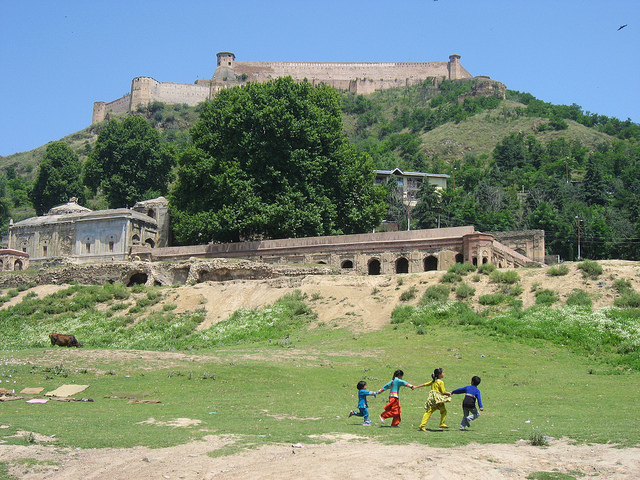