The majestic monument, Gwalior Fort, in Gwalior was the nucleus of administration of the Tomars. This magnificent monument holds the history of several hundred years of different dynasties. The greatest martyrs of India Tantia Tope and Rani of Jhansi made this fort as their battlefield.

Based on a sandstone hill, the Gwalior Fort carries an amazing folklore, which says that it was built by Suraj Ben on the advise of a saint by name Gwalipa. Situated on a hilly terrain, this fort commands a panoramic view of the fabulous valley below. The crisscross pathway to the uphill is boarded by statue of Jain Theerthankaras carved into rock faces.

A massive structure, being the largest one of its kind, the Gwalior fort is a classic example of medieval architecture. The huge image of Garuda and numerous other wonders of the yesteryears are a spectacle to the tourist.

Gwalior Fort is a possessor of very unsettled history. The location of the fort was very strategic and many rulers tried to take control of this beauty. It has stood witness to numerous bloody battles that have taken the lives of many heroes. The fort has come under the rule of many dynasties after Tomars built it. Tomars were succeeded by Mughals, Marathas and British. The plains around the fort were the center of turbulence during the first war of independence in 1857. It was here legendary soldiers like Tantia Tope and Rani Lakshmi Bai were defeated by the British. The British later gave the hold of the fort to Scindias. 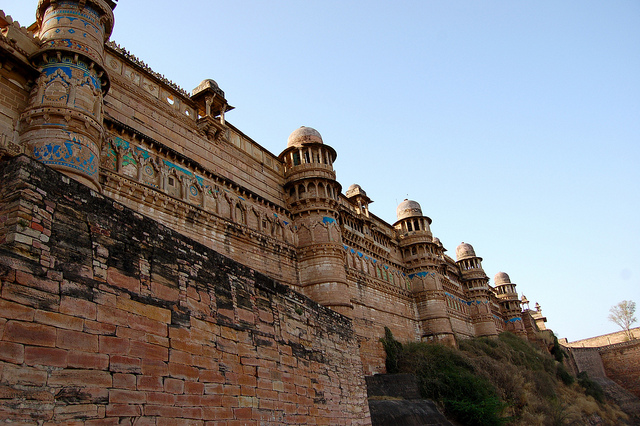 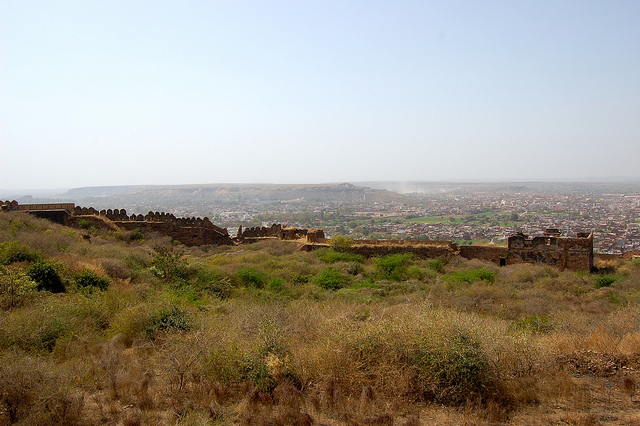