There are in all 4 cave temples in Badami. They are carved from a hill which is opposite the fort of Badami. Three caves represent the Brahmanical style. The fourth one follows the Jain style. Nearly 2000 steps should be climbed in order to reach the cave.

The first cave has Shiva as Natraja with eighteen arms and he is seen in 81 dancing postures. Lord Vishnu is the holy deity of the second cave and is evidenced as a dwarf or Trivikrama. The third cave has Vishnu evidenced in many forms. The fourth cave is devoted to Jain Thirthankaras. 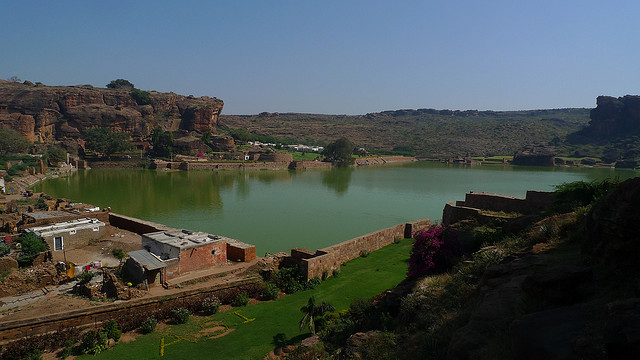