Anathapindika's Stupa Shravasti in India was built by Anathapindika who was the chief lay disciple of Buddha, and his name means "feeder of the orphans or helpless". His original name was Sudatta. Anathapindika was an extremely wealthy businessman and a generous patron of the Buddha. He gave Jeta Park, the site of the Jetavana Monastery having purchased it from Prince Jeta, the son of King Prasenjeet. It is said he laid 1.8 million gold pieces in the grove, to satisfy the prince. Anathapindika upon death entered Tusita heaven, or the heaven of the Bodhisattvas and is revered as the "foremost disciple in generosity" as well as character.

Originally a banker (setthi) of Shravasti who became famous because of his unparalleled generosity to the Buddha; Sudatta's first meeting with the Buddha was during the first year after Buddha's Enlightenment, in R?jagaha now known as Rajgir.

Sudatta's wife was the sister of the setthi of Rajagaha, and when he arrived he found the setthi preparing a grand meal for the Buddha and his monks on such a large scale that he thought the feast was either for a wedding or in honor of the king. But on learning the truth he became eager to visit the Buddha, and did so very early the next morning. On his way to Sitavana, a yaksha Sivaka is said to have encouraged and accompanied him. According to Buddhist myth, when he reached there, spirits opened the gates for him and not Lord Buddha, whom he found pacing up and down the room, on entering. 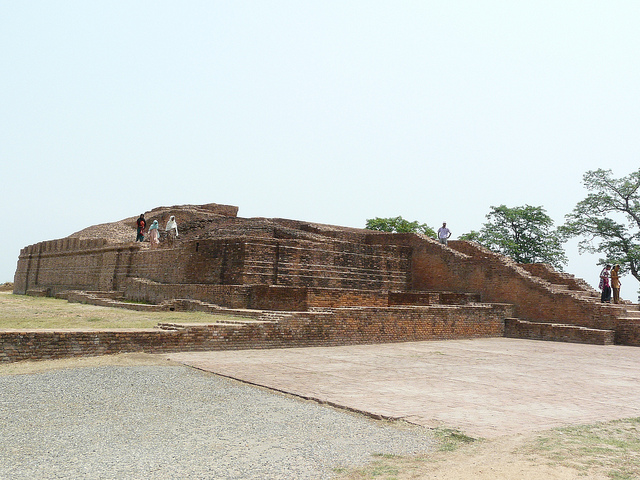